Luke Combs To Kick Off Summer Tour With Cody Johnson 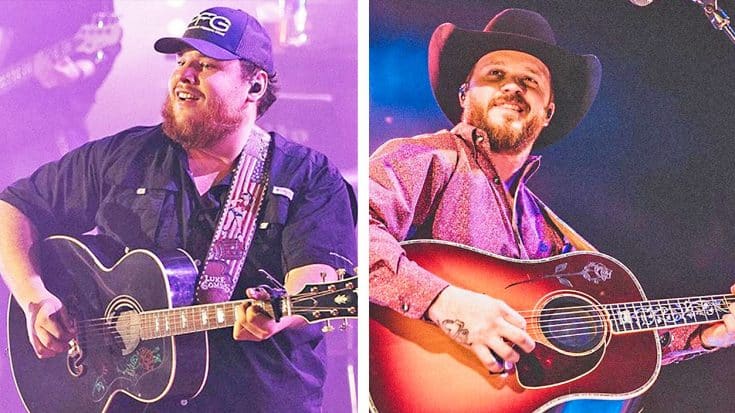 Looking for summer plans? Don’t look much further. Country’s favorite new artist, Luke Combs is going on tour and he’s bringing some special friends along too. With 2018 being an unforgettable year for the platinum-selling artist, we can’t wait to see what 2019 has in store for the singer.

Last night, I wasn’t expecting to come home with any hardware. Everybody had been asking me all week, “Have you written an acceptance speech?” And my answer was, “No.” I never want to believe I’m going to win anything. I really wanted to be able to go up there and speak from the heart. It may have been goofy, but I’ll tell you what – it’s what I felt in that moment and that moment will stick with me forever. This dream always seemed a little bit crazy to everybody but nobody ever told me that, and for that, I’m really thankful. #CMAawards

Combs just announced his Beer Never Broke My Heart Tour kicking off in 2019. The tour will be taking place at outside venues across the South, setting the scene for some perfect summer night plans. Combs will only be touring to select amphitheaters so take a peek to see if your city made the list. The shows will go down in Michigan, Maryland, New Hampshire, South Carolina, Georgia, and North Carolina.

‪Taking the shows outside this summer for select dates in Michigan, Maryland, New Hampshire, South Carolina, Georgia & North Carolina with @rayfulchermusic & @codyjohnson! Sign up at bootleggers.lukecombs.com (link in bio) to receive presale info! Already a member? Sign in to receive the info.‬

Think it can’t get any better than seeing Luke Combs perform under the summer sun? Well, it just did. Combs will also be bringing along the talented Cody Johnson and Ray Fulcher to open his shows.

Johnson is a Texas-born native whose passion for music started when he was a young boy. Johnson originally started his career in a band with his father Carl and drummer Nathan Reedy. The trio recorded their first album Black and White Label in 2006. Since then, Johnson has released five more albums, the latest being Gotta Be Me.

With an incredibly supportive fan base, the Texan is making quite the name for himself in country. Johnson just recently released his 2018 single “On My Way To You” dropping the music video not far behind. The sweet tune tells the story of how every heartbreak and trial is worth the pain once you finally meet who you’re meant to be with.

I’m so excited to announce my new album, “Ain’t Nothin To It” will be available January 18, and you can pre-order October 26! ?: @jttex

Fulcher too grew up listening to some of country’s greatest singers in the small town of Harlem, Georgia. Fulcher found his love for country music during his college years where he would frequently scrap money together to see artists who came through the theater. In May on 2014, the hopeful singer took a leap of faith by moving to Nashville where he began to share the stage with big names in country.

Fulcher began writing songs and some of them got into the hands of Combs. His latest songwriting work is featured on Combs’ This One’s For You album, as well as his co-writing on “When It Rains It Pours.” Fulcher’s most recent work is his EP Here We Go Again.

Head over to Luke Combs’ website to check out the tour dates and more info on tickets.