By Jennifer Pernicano on March 1, 2019
Advertisement 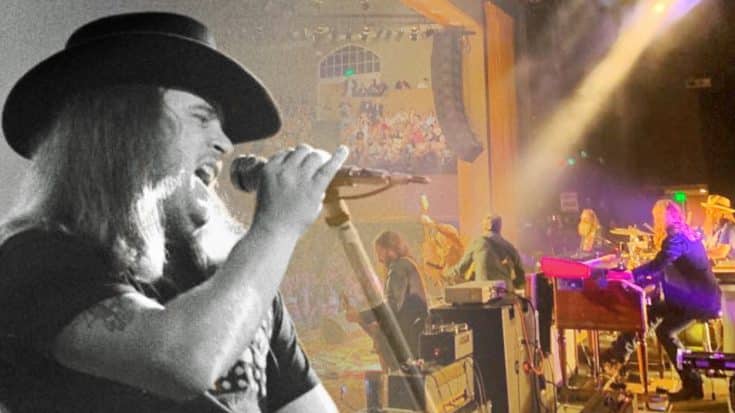 Southern rock/country band Blackberry Smoke are currently on theirFind a Light Tour, where they recently made a stop in Nashville, Tennessee to play not one, but two shows at The Mother Church of Country Music, the Ryman Auditorium.

Usually, bands have a specific set list that they hardly stray from, but late into their set on the 23rd, they did – for good reason. Their friend, musician Marcus King was in town so they invited him to join them for a cover song that surprised everyone!

Feelin' blessed! We were chosen as VuHaus' 'Artist of the Week,' sending our studio sessions across dozens of radio stations. Check 'em out here: https://mkb.lnk.to/vuhaus? by 40 Photography

Posted by The Marcus King Band on Thursday, January 24, 2019

Together, they performed the Lynyrd Skynyrd song “Tuesday’s Gone,” which was included on Lynyrd Skynyrd’s 1973 debut album (Pronounced ‘lĕh-‘nérd ‘skin-‘nérd), as well as their first live LP One More from the Road in 1976.

A fan recorded the full 10-minute performance, which we think the late Ronnie Van Zant would have thoroughly enjoyed.  Blackberry Smoke frontman Charlie Starr sang Van Zant’s vocals, while the band and King gave stellar guitar solos throughout the performance.

Lynyrd Skynyrd is hitting the road one last time and coming to a city near you this spring – don’t miss your chance to say goodbye! Tickets WILL sell out fast for this legendary final tour, get yours now by clicking here!