By Miranda Raye on April 7, 2020
Advertisement 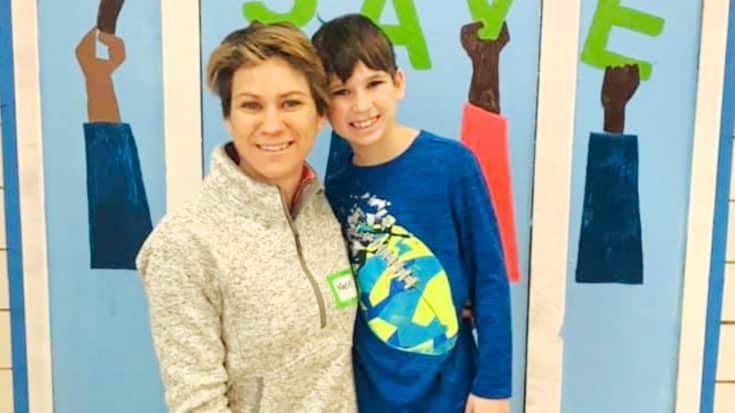 On Friday (April 3), the Coast Guard and authorities suspended their search for 40-year-old Maeve Kennedy McKean and her eight-year-old son, Gideon. Mother and son had been missing for over 24 hours at that point, with Maeve’s husband, David, saying “the chances they have survived are impossibly small.”

The McKean family was quarantining at the house of Mauve’s mother, former Maryland Lt. Gov. Kathleen Kennedy Townsend (the daughter of late Senator and U.S. Attorney General Robert F. Kennedy). On Thursday (April 2), Maeve and Gideon were playing kickball in the yard when one of them kicked the ball into the Chesapeake Bay.

The pair took a canoe out into the water to retrieve the ball, but never returned.

“They got into a canoe, intending simply to retrieve the ball, and somehow got pushed by wind or tide into the open bay,” David wrote in a post on Facebook. “About 30 minutes later they were spotted by an onlooker from land, who saw them far out from shore, and called the police. After that last sighting, they were not seen again. The Coast Guard recovered their canoe, which was capsized and miles away, at approximately 6:30 [Friday] evening.”

I am writing here to address the countless people who have loved my wife Maeve and my son Gideon. As many of you have…

After the Coast Guard retrieved Maeve and Gideon’s capsized canoe, the search turned from a rescue to a recovery effort.

Sadly, Maeve’s body was discovered by divers on Monday evening (April 6), as confirmed by CNN.

The Maryland Natural Resources Police issued a statement, saying that Maeve’s body was recovered in the Chesapeake Bay in 25 feet of water, about 2.5 miles away from her mother’s house.

Police have yet to recover Gideon’s body. The search for him continues into Tuesday (April 7), police told CNN.

Maeve was also a mother to seven-year-old Gabriella and two-year-old Toby. Our hearts go out to them, David, and Maeve’s other family members during this sad time. They’ll be in our prayers.