By Manly Bryant on July 1, 2021
Advertisement 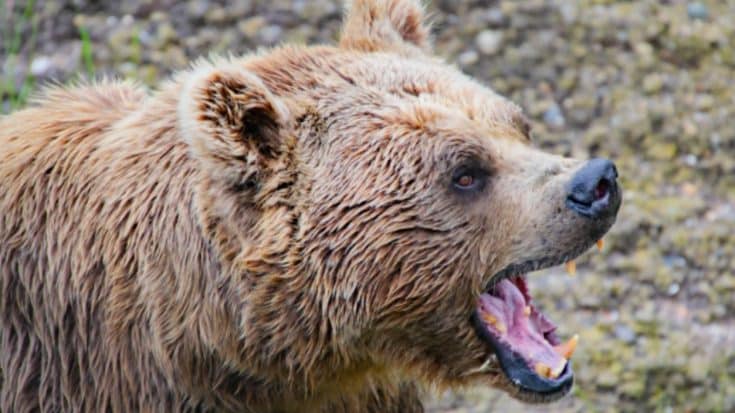 A hiker found himself in a life-threatening situation after his dog ran after a mama bear and her cubs.

The Alaska Wildlife Troopers in Soldotna, Alaska, were made aware of a bear attack in Cooper Landing at about 7:38 p.m. on June 27th. According to the authorities, the bear chased the hiker before ultimately biting him on the arm. The hiker escaped into the Kenai River; however, the bear followed and managed to inflict a second bite to the hiker’s shoulder.

“Based on a preliminary investigation, an adult male was hiking on the Kenai River Trail with a dog when [he] encountered a sow brown bear and two cubs,” Alaska Wildlife Troopers explained in a statement obtained by Yahoo! News. “The adult male’s dog chased the bear which caused the sow to charge the hiker.”

While the hiker did carry bear spray, he was unable to deploy the deterrent. Still, the hiker managed to escape to his vehicle after the brown bear finally retreated from the area. The hiker immediately called for emergency services and was transported to the hospital to treat non-life-threatening injuries.

While the hiker was extremely fortunate to escape with his life, the man’s 13-month-old border collie is still missing. The Kenai River Trail is also temporarily close due to the attack.

For more bear encounters, check out the following video.