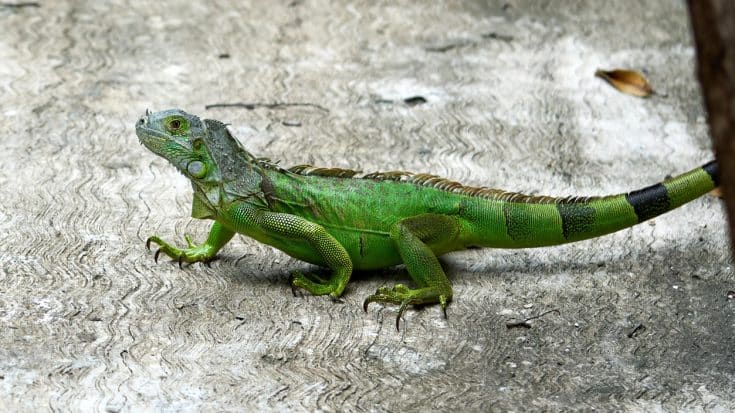 Dayniel Del Toro Mendez, a pet shop owner in Norcross, Georgia was arrested after trying to sell iguanas out of the trunk of his car.

When Mendez was confronted by police, he said he did not know what he was doing was wrong. He told them that he captured them in Florida and was brought them to Georgia to sell.

Police said that they got a call from someone who was walking in the parking lot and Mendez attempted to sell them an iguana at the price of $10 each.

The iguanas had their hands and feet duct-taped to their back so that they couldn’t escape the non-ventilated container the animals were being held in.

“I guess it was his impression it wasn’t an illegal act.” Hildeshi Valle with Gwinnett County Police told WSB-TV. “The iguanas were tied up. Their legs were tied with duct tape in a non-ventilated area, which could cause them to die.”

Police confiscated all 22 iguanas and removed them from the vehicle. Their legs were untaped and they were either sent to animal rescue groups or they were adopted by reptile-friendly families.

Authorities told the public that while hunting and killing iguanas from Florida is not illegal, trying to sell them out of the back of your car is. Mendez was charged with 22 counts of animal cruelty.