By Jennifer Pernicano on March 11, 2019
Advertisement 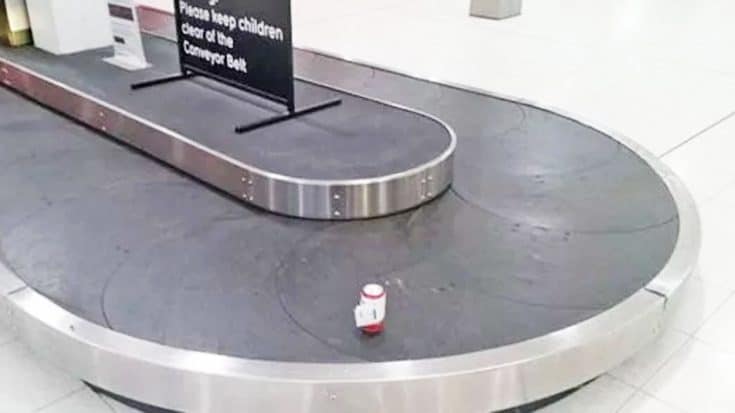 When it comes to traveling, patrons across the world pack some of their most beloved items. From their favorite garments to their fancy cameras, every traveler’s prized possessions differ. But one Australian man may have just set the record for the most unique checked item…

A hopeful Australian man named Dean stepped before the check-in desk with his beloved beer in hand. After being told his beverage would not be boarding the plane with him, Dean decided he wasn’t ready to let go. Dean proceeded to check his beer can as it was sent off with other luggage.

Dean boarded his Qantas flight to Perth and the moment he landed, he waited at the carousel to greet his “luggage.”

There she was…in all her beauty. No dents or bruises, shining brightly as ever.

The Emu Export beer came rolling around the corner where nearby travelers probably found themselves very amused.

Emu is a Perth brew that is very loved amongst locals (obviously). Export is a light lager with an alcohol content of 4.2%. Usual drinkers have distinguished different names for the beer such as “the red lead” and “flightless bird” but to Dean, she is so much more.

As he was reunited with his beer, passengers nearby described it was “perfection.” We are so glad these two are finally together again.

You can watch the beer making its way around the luggage carousel below.