By Manly Bryant on January 12, 2021
Advertisement 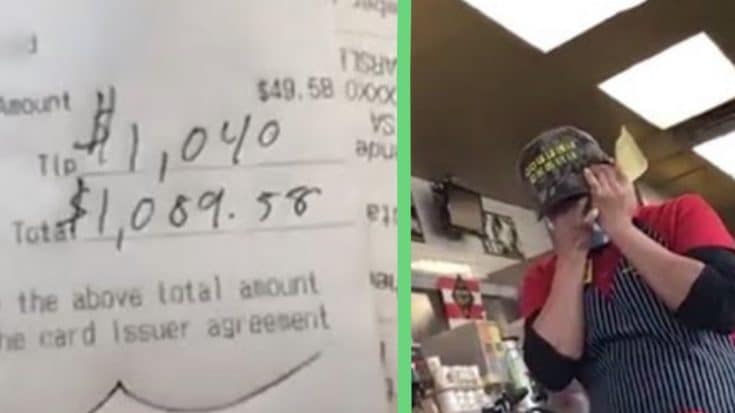 32-year-old Michael Carsley said that he and his buddies made a bet playing a game of fantasy football and he ended up being the big loser of that bet. His punishment…he had to spend 24 hours inside a Waffle House and could only leave under special conditions.

The only way Michael could leave is: for every waffle he ate, he could leave one hour earlier. Michael filmed himself live on Facebook as he endured the punishment and ate as many waffles as he could.

“Much bigger than I thought in my head. The first 7 really took me down hard,” Michael told WSB-TV.

His waitress ended up bringing him a total of 18 waffles before he bowed out and was qualified to leave. During the time he was live streaming, he was accepting donations and raised $1040.

Once he finished eating the 18 waffles and staying there all that time, he decided to give the $1040 he raised to the waitress as a tip, on top of his $49 meal. He handed over his receipt signed with the tip and said to her, “This is for you. I want to thank you very much.”

The waitress was in total shock at first but then put her hand over her face as she got emotional over the gift. “Oh my God! Really? Oh, thank you very much! Oh my God!” she replied.

Michael later added that, “All around, it was a spectacular thing. The punishment itself was torture, but the outcome of everything was well worth it.”