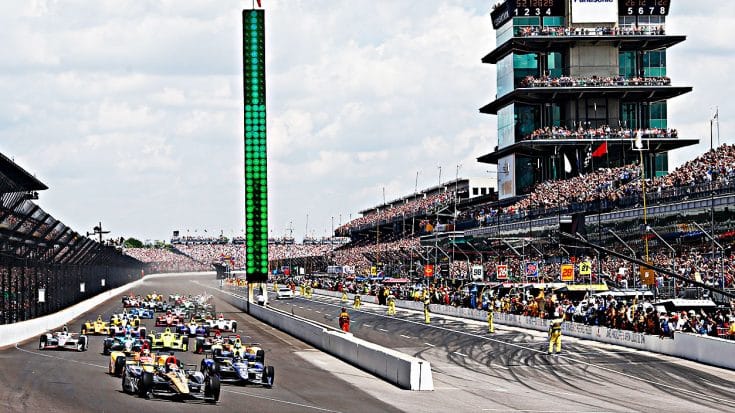 Tragedy struck the beloved racetrack after one of the biggest events of the year when a 38-year-old man was found dead just after the 102nd running of the Indianapolis 500.

As with most NASCAR and IndyCar races, fans line up in droves and fill the parking lots with tents, campers, and motorhomes to celebrate their favorite sport and enjoy the company of fellow race fans.

Sadly, as fans departed following the race on Sunday – they discovered the body of a 38-year-old dedicated race fan and a father of five.

According to the IndyStar, Adam Melchi’s body was found in the early afternoon on Monday, May 28th as campers gathered their things and loaded up to return home. Police are continuing to investigate the death of Melchi – and have not released the cause.

Our thoughts and prayers to the family of Adam Melchi, who was a big Team Penske and @h3lio fan. https://t.co/u0HYK2e1Mx

Speaking with the news outlet, Melchi’s widow, Sarah Melchi, explained that her husband had been a life-long fan and together they had planned on buying a commemorative brick at the Indianapolis Motor Speedway – the same place he wanted his ashes spread.

“He was such a huge fan,” she said. “And it’s devastating he died at the place where he wanted ashes spread.”

Taking to social media, she thanked her husband’s best friend for creating a GoFundMe account following his tragic passing and penned a heartfelt note about all the warmth and love she’d received from folks who had heard her story.

Thank you to Josh for making this. I’ve had random Indiana people messaging me and sharing their condolences. My EA…

Our hearts and prayers are with Melchi’s wife, children, family, and friends as they mourn the passing of someone so treasured to them.

You can help the Melchi’s widow and children by donating to their GoFundMe account if you’d like.

Watch the news report on his passing below.