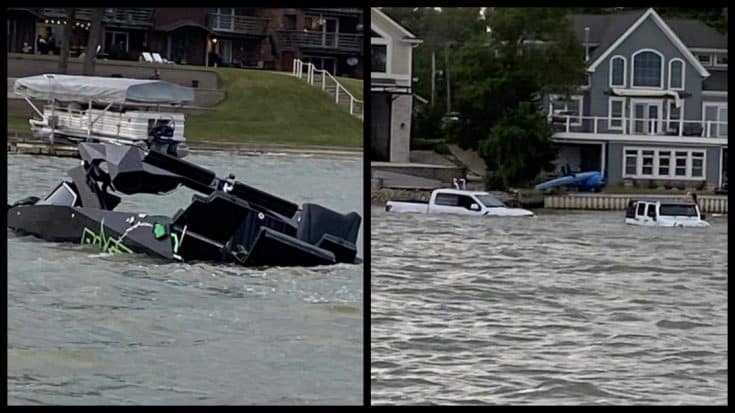 A family day at the lake turned into an expensive venture thanks to a series of poor decisions. Lake goers at Cedar Lake in Indiana captured the drama that unfolded on Saturday, June 20, when a month-old Pavati AL26 wake boat began to sink in the lake. What transpired left spectators, and now those reading about the story, puzzled.

According to those who witnessed the event, the boat’s owner attempted several different avenues of rescuing the beloved boat valued at roughly $300,000.  His attempts to rescue were unsuccessful so he resorted to the only thing left to do….drive two vehicles into the lake to tow the boat to shore, but things didn’t go at all to plan. Photos show a custom Jeep Wrangler and a Ford F-150 Raptor partially submerged in the lake, making for an ill-thought out and expensive rescue effort as both vehicles have an estimated combined value of $100,000.

It’s unclear why the boat began to sink in the first place. But, commenters on social media speculate that the drain plug may have been left out which is apparently a common mistake for rookie boat owners. According to one social media post, authorities from the Indiana Conservation Police and The Cedar Lake Fire Department Marine Unit were called, but no information has been released from either agency as to how or when the boat, Jeep and Ford were retrieved from the lake. Thankfully, no injuries were reported.

See photos and videos of the incident below. 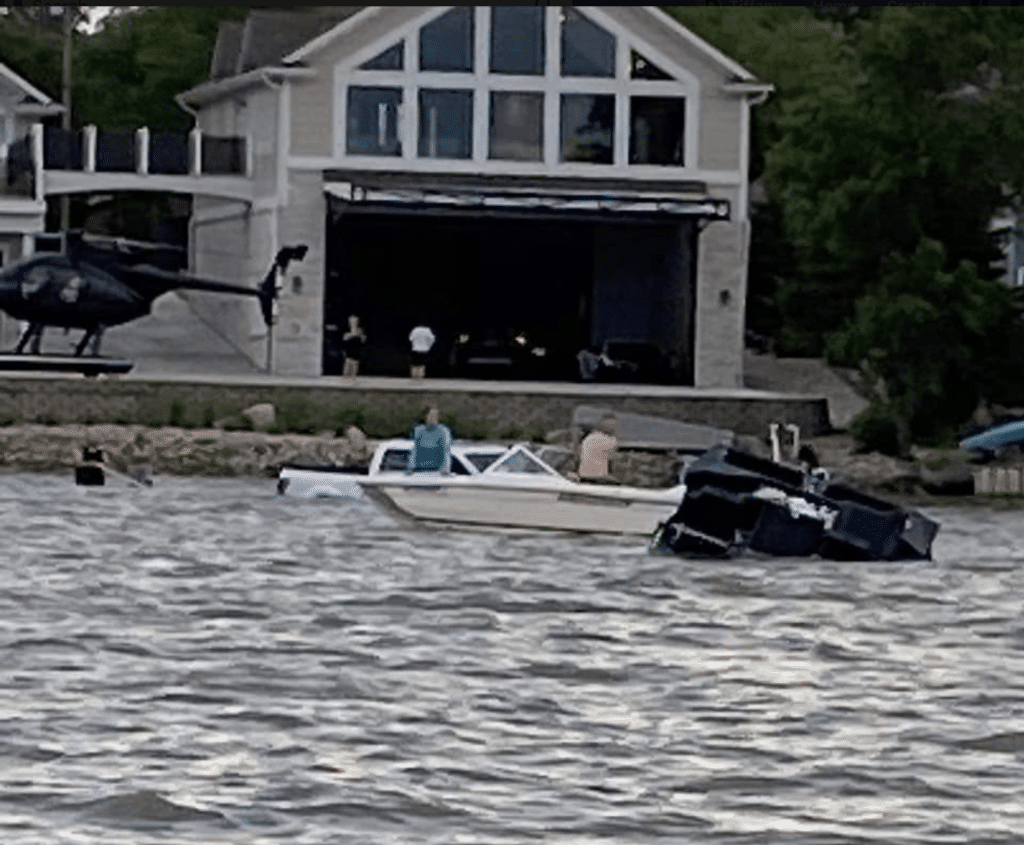 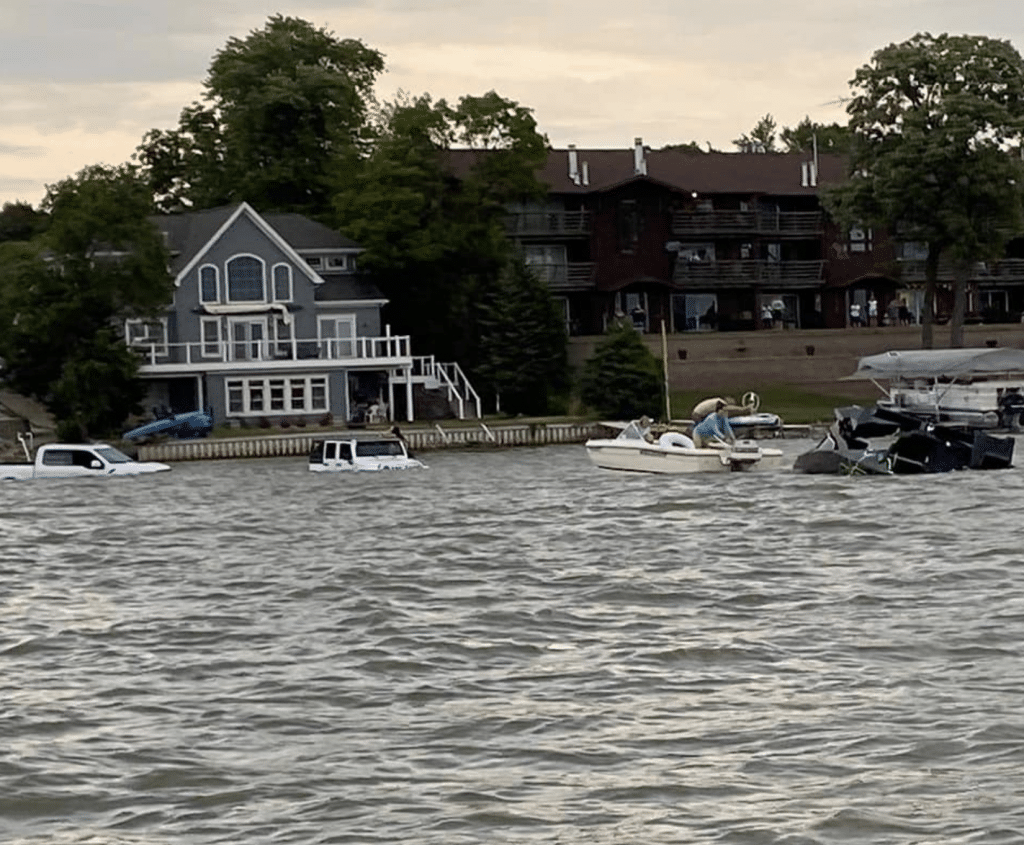 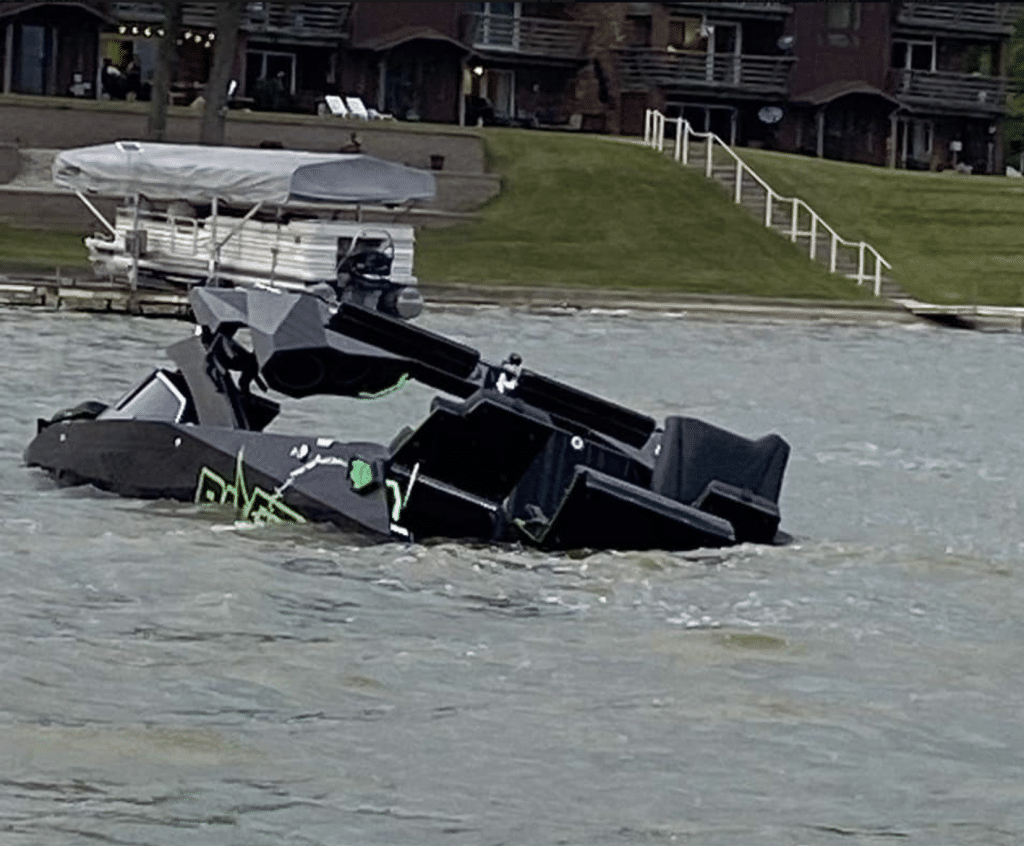