By Manly Bryant on December 7, 2021
Advertisement 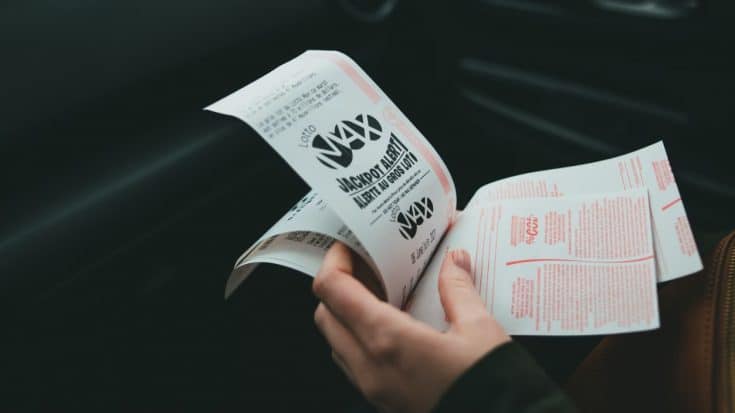 Scotty Thomas from Fayetteville, North Carolina had his dream turn into a reality when he won two Lucky for Life lottery tickets after accidentally purchasing two identical tickets.

Scotty said that he was trying to purchase a Lucky for Life ticket on his mobile phone app that had a top prize of $1,000 a day for life and a second-biggest prize of $25,000 a year.

Not remembering if he had already purchased one ticket, he ended up purchasing another one with the same numbers and ended up winning both tickets.

“I was just laying in bed watching a basketball game on TV and I couldn’t remember if I filled it out or not,” Thomas told NC Education Lottery. “I went ahead and filled it out again and the next morning my son asked why there were two different amounts listed. I realized, ‘I think I filled it out twice.’”

The 49-year-old dump truck operator only paid $4 for both tickets and got an email saying that he had won the second-biggest prize twice from his online gambling.

“When I realized I won, I had to lay down on the floor because I really just couldn’t believe it,” Thomas said. “It’s just a blessing.”

The accidental purchase of two Online Play Lucky for Life tickets produced two $25,000 a year for life prizes for Scotty Thomas of #Fayetteville! “I had to lay down on the floor because I just couldn’t believe it,” Thomas said. Congrats! #NCLottery https://t.co/DOqCZzP6OF pic.twitter.com/u9o5mleaqL

He drove out to the lottery headquarters on Monday to collect his winnings and they gave him three options with one of them being to receive a total of $50,000 every year for the rest of his life. The other two options were to take $25,000 a year for life and a lump sum of $390,000 or to just take one lump sum of $780,000.

Scotty chose to take both prizes as lump-sum payments and after taxes, he took home $551,851. When asked what he plans to do with the money, he says he’s going to pay off bills, invest in his business and help his family out.