Man’s Dog Gets Eaten By Alligator At Florida Park 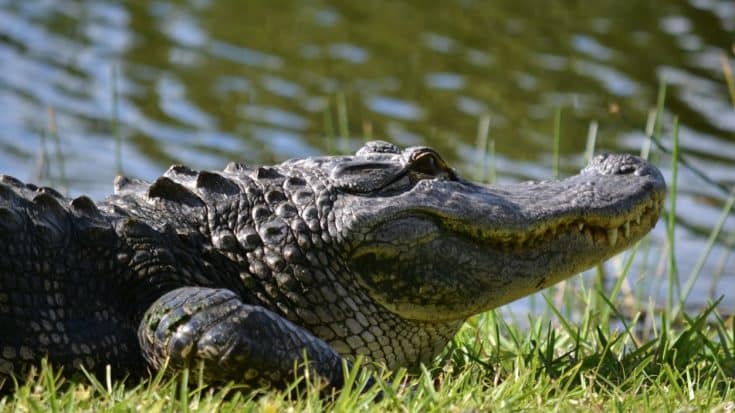 Joshua Wells told wildlife authorities with the Florida Fish and Wildlife Conservation Commission that his dog was eaten alive by an alligator while he was walking it in a park.

The pet owner said he was playing with his unleashed dog near the water’s edge at a popular park on June 6 (2022) in Tallahassee when the reptile lunged out of the water and snatched his dog.

“Boom, the water just sort of exploded,” Wells told the Florida Fish and Wildlife Conservation Commission, as reported by FOX. “He never barked. He never saw it. It took him down like it was nothing.”

44-year-old Wells said he grabbed the massive alligator by the legs, trying to cuff them, but then realized that was extremely dangerous and decided to let go of the reptile.

NBC Washington reported Wells saying, “He said he quickly realized that was not a good idea and let the alligator go.”

Without him holding the gator back, the gator disappeared into the murky water within the blink of an eye and the poor pup was gone.

After notifying authorities, a wildlife trapper drove out to the area and trapped two alligators. One stretched six feet, six inches long and the other one was nine feet, two inches long.

The dog’s body was later found floating below the surface of the water in the same area where the nine feet, two inches alligator was found. A wildlife officer said the remains of the dog were retrieved and returned back to its owner.

The Florida Fish and Wildlife Conservation Commission said that although alligator attacks involving serious injury in the state is rare, it does happen. The state ended by saying that dogs look like the reptile’s natural prey and so they recommend residents people keep their pets on a leash.