By Jennifer Pernicano on March 23, 2020
Advertisement 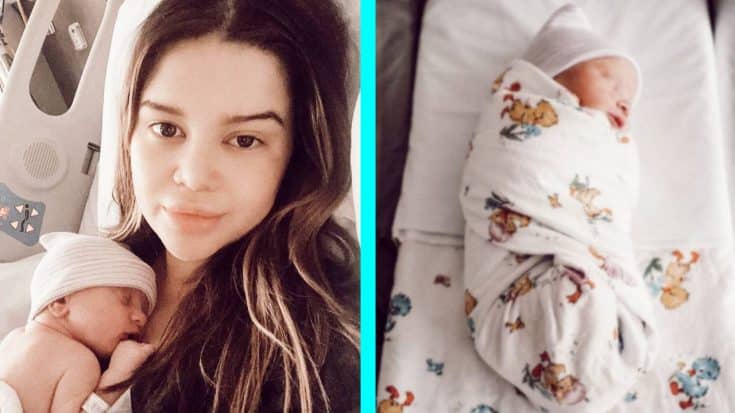 Just three days after she was dancing around her house trying to “evict” her baby from her belly, Maren Morris has given birth.

On Friday (March 20), Morris posted a video of herself on Instagram dancing to the Harry Belafonte song “Jump in the Line (Shake, Senora)” with the caption, “Harry Belafonte issuing an eviction notice for this baby.”

Harry Belafonte issuing an eviction notice for this baby. ??

Now – just three days later, the country singer has revealed to her fans that her new journey as a mother has begun with the arrival of her son, who is named Hayes Andrew Hurd.

She shared four photos of the newborn – one with her, one of just the baby, one with dad Ryan Hurd, and a sweet photo of the new family of three.

Hurd, also a country singer, shared the good news to his social media followers as well.

Morris and Hurd will celebrate their second wedding anniversary tomorrow, March 24. How’s that for timing?! The couple revealed they were expecting a baby boy back in October 2019.

The irony is just too rich that after a year of living in the “GIRL” headspace, the universe would give us a baby boy to even things out. See you in 2020, little one. ??

Morris has been performing throughout her entire pregnancy, even headlining RodeoHouston at nine months pregnant on March 8!

Congratulations to the Hurd family on their new addition.