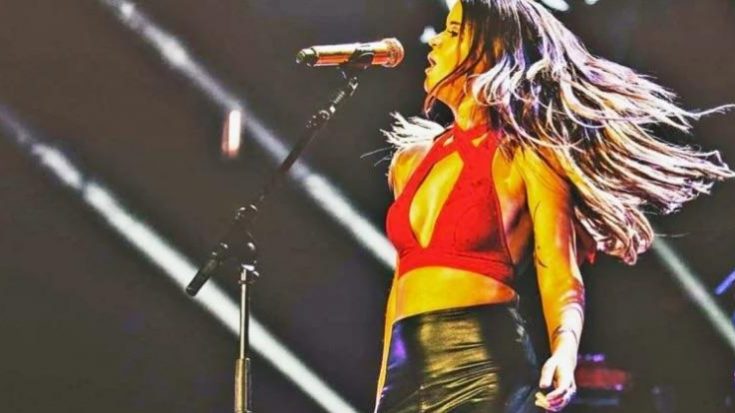 This country singer has had one hell of a career. From earning the title of “New Artist of the Year” at the 2016 CMA Awards to winning her first Grammy Award for “My Church,” there’s no guessing what Maren Morris will do next.

In preparation for the 2017 ACM Awards, the country singer warmed up her stellar vocals with a surreal cover of George Jones‘ “Tennessee Whiskey” in the style of Chris Stapleton.

During a bathroom break, the country singer delivered an impromptu rendition of the country classic, later uploading it to her Instagram account for her fans to enjoy. While the video is a short one, it will surely have you begging for more!

Stapleton and international pop sensation Justin Timberlake resurrected “Tennessee Whiskey” at the 2015 CMA Awards, sparking a flood of breathtaking covers of the rebranded song to overtake the internet.

In addition to Jones’ classic being introduced to a whole new generation, the collaboration skyrocketed Stapleton into becoming a household name.

You can check out Maren Morris’ cover of “Tennessee Whiskey” below!

Bathroom acoustics before we open for @chrisstapleton ?