Marlboro To Stop Making Cigarettes, US Not Impacted

By Manly Bryant on January 10, 2019
Advertisement 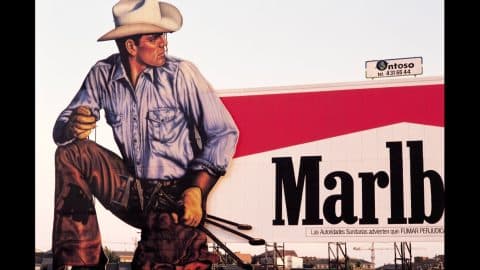 The classic red, white, and black logo normally seen alongside the “Marlboro Man” was something many of us grew up with as a part of advertising culture here in America. Whether you smoked or not – you knew what Marlboro was.

Over decades, the name has been synonymous with cowboys and their cigarettes. They’ve been a primary sponsor of some of the biggest motorsports in the world, and the brand can still be found worldwide as one of the biggest cigarette names to ever hit shelves.

Now, this powerful tobacco brand is ending its production of the cigarettes it’s been known for and smokers everywhere don’t know where to turn next.

While nearly every part of life has been taken over by technology, few things have remained constantly the same throughout the years: beer, cigarettes, and taxes.

But in one of the biggest moves, Marlboro’s parent company, Phillip Morris International, has ever made – they are looking to completely end classic cigarette production…at least outside the U.S.

A report published by Newsweek explains that the multi-billion dollar company will be finding a way to shut down their cigarette production – because technology is taking over.

Already having closed the North Carolina manufacturing facility in 2010 due to a drop in needed production and lack of required exports, it looks like Marlboro cigarettes as we’ve known them for years – will be going the way of the dodo.

“If we stop selling cigarettes, someone else is going to sell them because people buy them,” the CEO of Phillip Morris International said. “So I don’t think that will have any impact on public health or the health of people.”

According to the company, they are investing in IQOS – which is an electronic device that heats up the tobacco instead of burning it. With this process, smokers can reduce the number of toxic chemicals in cigarette smoke by 95% – it claims.

“At the end of the day, the ambition we have is to replace cigarettes as soon as possible, with better alternatives for the people who continue smoking.”

This massive company called the move “something really big” and explained their push toward electronic smoking products and away from traditional cigarettes by saying, “Society expects us to act responsibly. And we are doing just that by designing a smoke-free future.”

Phillip Morris International sells cigarettes outside of the United States under the Marlboro brand and they will likely be shuttering production of traditional cigarettes first – but over in the states, Phillip Morris U.S.A. who is the company responsible for selling Marlboro here hasn’t made the same waves.

Phillip Morris U.S.A. and its parent company Altria have bought a 35% stake in one of the biggest e-cigarette companies in the world: JUUL Labs. While the international company is looking to go smokeless first – PM USA isn’t too far behind.

On the Phillip Morris website, they state “We understand the millions of men and women who smoke cigarettes. They are looking for less harmful, yet satisfying, alternatives to smoking. We give them that choice.”

Watch the full video below about the IQOS device and tell us if you would trade your Marlboro Reds for their newfangled smoking device.