By Jennifer Pernicano on October 17, 2019
Advertisement 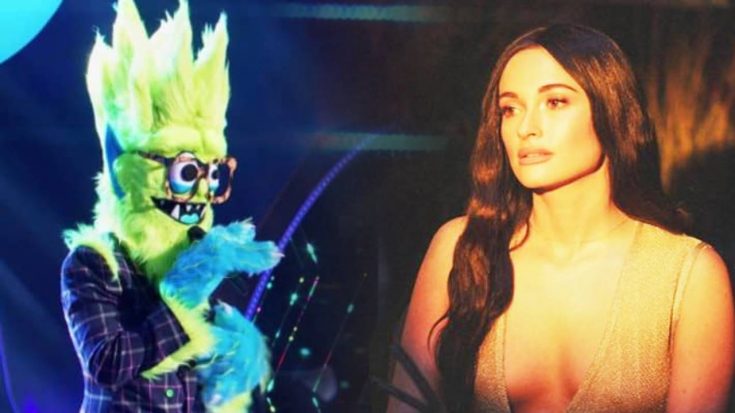 One of the most talked about shows this year has got to be The Masked Singer.

The first season premiered on January 2, 2019 and was almost immediately brought back for a second. Before the second season even started, it was already renewed for a third, which will premiere right after Super Bowl LIV in February 2020.

A group of celebrities – in this second season, 16 celebrities – wear full disguises, much like mascot costumes. They are so well-disguised during rehearsals that not even the other competitors know who they are singing against.

This season has brought some incredible singers, like the celebrity disguised as a “Thingamajig.” The first time he performed, he sang “Easy” by The Commodores.

During his second performance, he was up against five other singers. The masked singer with the least amount of audience votes would be eliminated and “de-masked.”

“Rainbow” is included on Musgraves’ Grammy Award-winning album Golden Hour and is currently up for Song of the Year and Music Video of the Year at the 2019 CMA Awards.

Standing with his back to the judges and the audience, Thingamajig started tenderly singing the opening lyrics to “Rainbow.” After the first few lyrics, he turned to face them and that’s really when the performance got good.

Judge Nicole Scherzinger was so moved by his performance that was wiping away tears by the end of it. Fellow judges Jenny McCarthy Wahlberg, Ken Jeong, and Robin Thicke looked moved throughout the performance as well.

Scherzinger’s comments after he sang reflected what she was feeling throughout the performance.

Spoiler alert: Thingamajig sang well enough to keep him around another week. The unmasked singer was the skeleton, who turned out to be music legend Paul Shaffer.