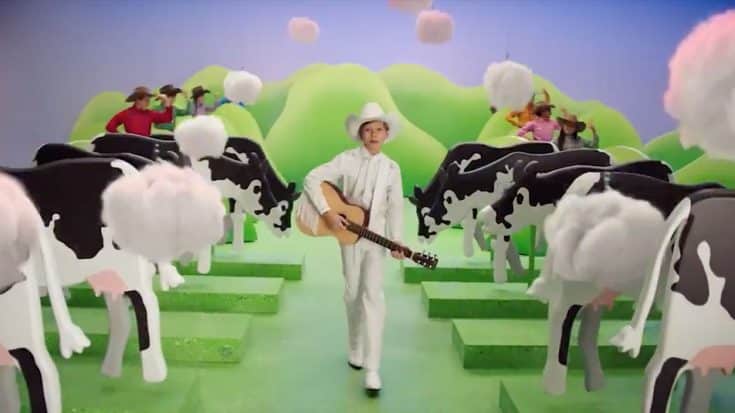 The Miami-based Burger King chain announced on Tuesday, July 14, 2020, that some of its locations will start selling burger that are made from cows with a special diet that helps them fart and belch less often to help reduce global warming. And who better to announce the news other than the one and only Mason Ramsey?

As cows fart and belch, they release methane gas into the air. According to the company, they worked with scientists to develop the new diet, which adds 100 grams of lemongrass leaves to cows’ daily diet for their last four months, helps them release less gas as they digest their food.

Ramsey made his first public appearance at the Kentucky Opry just two weeks after he turned four. After that, he went on to sing with Country star Josh Turner that same year, opened a show for Gene Watson at age five, and took the stage with the legendary Kenny Rogers at seven. Ramsey went viral back in March 2018, after video of him yodeling Hank Williams’ “Lovesick Blues” at a Walmart was posted online which gained him his debut at the Grand Ole Opry.

Now, at 13-years-old, the country star has partnered up with Burger King to announce their big move in reducing global warming.

Watch the video below to see it.

cow farts & burps are no laughing matter. they release methane, contributing to climate change. that’s why we’re working to change our cows’ diet by adding lemongrass to reduce their emissions by approximately 33%. learn about our ongoing study: https://t.co/kPCXpjfbGL #CowsMenu pic.twitter.com/DnmF8gVVL0