By Manly Bryant on October 28, 2020
Advertisement 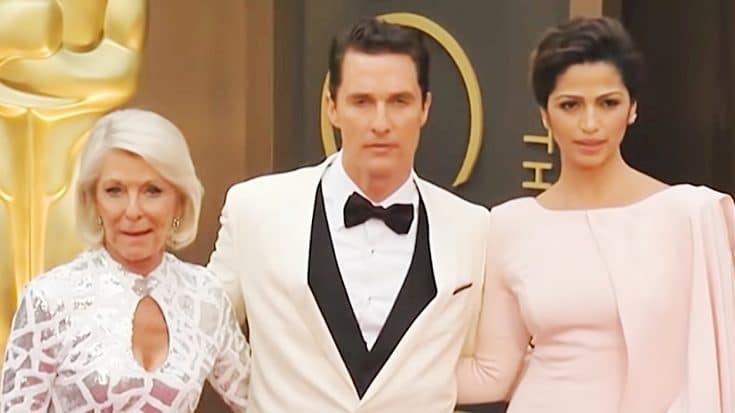 Matthew McConaughey is a well-known actor who first became famous in the 1993 comedy Dazed and Confused.

Following his role in Dazed and Confused, Matthew’s fame continued to grow with several supporting roles, including Angels in the Outfield (1994) and Texas Chainsaw Massacre: The Next Generation (1994.) His breakout lead role came in 1996 in the movie with Sandra Bullock and Samuel L. Jackson, A Time to Kill.

Over the years he has gone on to become a very well-known actor with varying roles in movies, television series, and most recently an author.

While on a book tour for his memoir Greenlights, Matthew revealed in an interview on The Howard Stern Show, that as his fame rose, he encountered privacy complications with his mom saying, “So I would have conversations and then all of a sudden what we talked about, shows up in the paper three days later.”

He admitted that his becoming famous was all unfamiliar territory for both of them, and they were both trying to steer their way through it successfully. Matthew explained to his mom that their conversations had to remain private because “loose lips can sink my ship.”

He later got a phone call from a friend asking him if he had seen what was currently airing on Hard Copy. Matthew’s mom was on the documentary show giving them a tour of Matthew’s childhood home and divulging very private information about him. After that incident, he admitted there was a time when he stopped sharing things with her because he had to set boundaries and it was a strenuous relationship for eight years. “It was a sad time,” he said.

All is good now, and not only has he forgiven her, but he has also given her full range to do all the interviews she wants.

Watch Matthew’s interview about his mom below.