Matthew McConaughey Releases Statement About Mass Shooting In His Hometown Of Uvalde, Texas 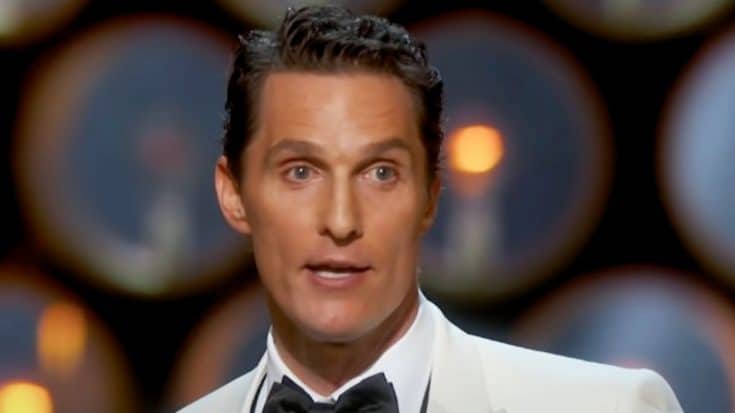 By now, most of you have heard the tragic news about the mass shooting at Robb Elementary School in Uvalde, Texas, on Tuesday (May 24).

KXAN out of Austin, Texas, reports that 19 students and 2 adults were killed in the shooting. KXAN also reports that the shooter, an 18-year-old from Uvalde, was killed by officers who responded to the scene.

Many celebrities took to social media to express their grief after learning about the shooting. One celebrity who released a statement was actor Matthew McConaughey, who was born in Uvalde.

McConaughey opened his statement with these words:

“As you all are aware there was another mass shooting today, this time in my home town of Uvalde, Texas. Once again, we have tragically proven that we are failing to be responsible for the rights our freedoms grant us.”

“The true call to action now is for every American to take a longer and deeper look in the mirror and ask ourselves ‘What is it that we truly value? How do we repair the problem? What small sacrifices can we individually take today, to preserve a healthier and safer nation, state, and neighborhood tomorrow?’ We cannot exhale once again, make excuses, and accept these tragic realities as the status quo.“

In the next paragraph, McConaughey wrote:

“As Americans, Texans, mothers and fathers, it’s time we re-evaluate, and renegotiate our wants from our needs. We have to rearrange our values and find common ground above this devastating American reality that has tragically become our children’s issue.”

McConaughey went on to say the following:

“This is an epidemic we can control, and whichever side of the aisle we may stand on, we all know we can do better. We must do better. Action must be taken so that no parent has to experience what the parents in Uvalde and the others before them have endured.“

The actor ended his statement by speaking to the families of those who were killed:

“And to those who dropped off their loved ones today not knowing it was goodbye, no words can comprehend or heal your loss, but if prayers can provide comfort, we will keep them coming.”

The caption of McConaughey’s post simply read, “Uvalde, Texas, USA.” You can read his full statement below.

We too, join McConaughey in sending our prayers to the families of the victims.

According to The San Antonio Report, the public is encouraged to donate blood to help the wounded. A walk-in blood drive will be held on Wednesday (May 25) at the Herby Ham Activity Center in Uvalde from 9 AM-2 PM.

Blood donations are also being accepted at the blood and tissue center’s locations in San Antonio, New Braunfels, Boerne, and Victoria. Call 210-731-5590 to make an appointment at any of those centers. You can also call 210-358-2812 to schedule an appointment to donate blood at the Bexar County Courthouse, Sheriff’s office, and other locations seen here.