By Manly Bryant on January 5, 2021
Advertisement 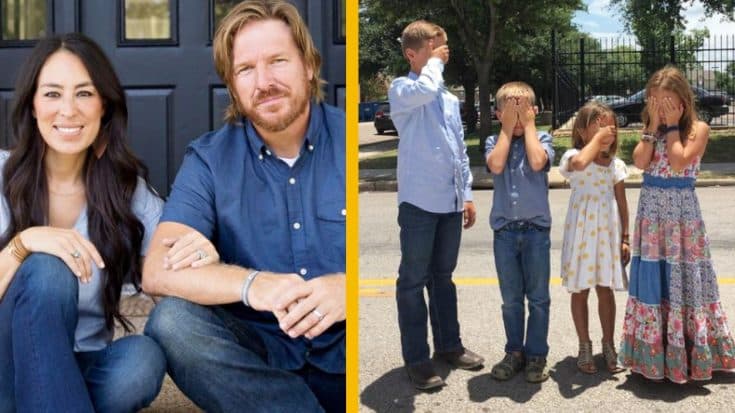 You know Chip and Joanna Gaines…Now, meet their kids!

Chip and Joanna quickly became household names after their hit HGTV show Fixer Upper rose to popularity. On the show, the Gaines regularly gave viewers a glimpse into their offscreen lives, which included introductions to the creative duo’s children. Since Fixer Upper ended in 2018, Chip and Joanna welcomed a fifth child, and the pair are also preparing to launch their own network.

With new projects in the works for Chip and Joanna, fans hope to see more appearances from the whole family! Meet all of the Gaines’ children below!

Drake is the oldest of the couple’s five children. He was named after the Drake Hotel in New York City, which is where Chip and Joanna spent their honeymoon. In February 2020, Joanna shared that Drake got his learner’s permit in an emotional post.

“Drake waited in line for an hour and finally got called up to get his drivers permit and then my 15 year old little boy drove home with Chip and all of a sudden he is all grown up,” Joanna wrote on Instagram.

Ella Rose is the oldest daughter, and she is very similar to her mother. Ella Rose loves art, and she wants to be a designer one day.

Emmie Kay has a green thumb and creates her own floral arrangements. Joanna recently shared a photo of Emmie Kay’s prosperous garden on Instagram. The designer wrote:

“Emmie Kay’s little plant friends… I don’t have a clue what her watering schedule is or how she keeps up with all of these cuties but she is proving herself to be quite the #plantlady.”

Duke also inherited a love for plants. Duke likes to grow his own vegetables and loves to play baseball with Chip.

Crew is the newest addition to the clan! The couple’s youngest son was born June 2018. While the Gaines’ youngest child is only two years old, the couple has recorded plenty of Crew’s adventures for social media!

Check out the trailer for Joanna’s new cooking show Magnolia Table to see more clips of the kids!