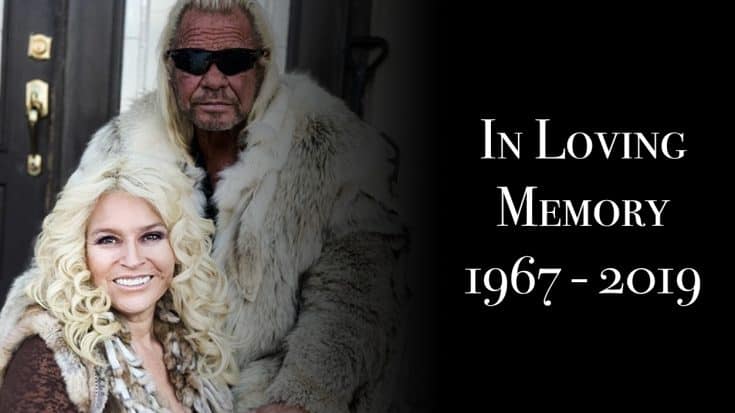 The late wife of famous bail bondsman and reality star Dog The Bounty Hunter tragically passed away on June 26th, 2019 after a sudden and unexpected downturn in her health.

Beth Chapman, the famous wife and bail bondswoman of Duane “Dog” Chapman had been fighting throat cancer for the last couple years and eventually chose to forego some of the traditional treatment methods and instead opt for more alternative therapies.

In a tweet from Dog, he revealed his beloved wife had passed away…and “hiked the stairway to heaven.”

It’s 5:32 in Hawaii, this is the time she would wake up to go hike Koko Head mountain. Only today, she hiked the stairway to heaven. We all love you, Beth. See you on the other side.

Now, in the wake of her passing, the family has revealed that there will be two separate memorial services to honor the lady that so many knew and loved.

Speaking to Hawaii News Now, Dog explained that they will hold one memorial service in Hawaii and another, on the mainland in Colorado.

“We would like to do some sort of water paddle out, we know that for sure,” Chapman’s daughter, Lyssa, said alongside her father. “It actually makes us feel, you know, warm, to know how much our mother was loved.”

The Hawaii memorial is set to be held by her daughters on June 29th, 2019 and will be open to the public at 2 pm in Waikiki at Fort DeRussy Beach. They will have some traditional Hawaiian chants and have asked people to bring only ocean-friendly loose flowers – and no leis as they can be harmful to the ocean.

More details for the Colorado service will be announced as they are finalized. Watch the video below of Dog describing his beloved wife’s final words.

Our prayers are with this family during such a difficult time.