By Manly Bryant on March 29, 2019
Advertisement 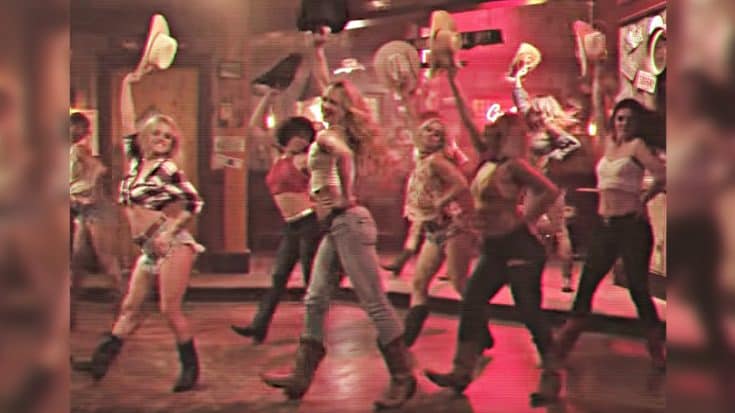 Midland, the popular group from Dripping Springs, Texas just dropped a brand-new song, complete with a steamy line dancing music video called, “Mr. Lonely.” Filmed on the set of Netflix’s The Ranch, it showcases ladies stomping boots and busting moves on the dance floor of a honky tonk bar. The band posted to their Facebook today (March 29) letting everyone know the new single is out now.

The song is being called the “One Night Stand Anthem” by TheBoot.com, using lyrics like “Whatever they need they call me, Mr. Lonely, Mr. Good Time, Mr. one you’re gonna want on a Saturday night when you’re lonely lyin’ in the dark, I’m the number that you know by broken heart, No I ain’t Mr. Right, I’m Mr. Right now, The one all the girls are talking about, The one and only Mr. Lonely.”

With those steamy lyrics, mixed with their signature traditional style, you can bet this song will be played in honky-tonk bars all across America. And we guarantee everyone will be practicing the dance so when they get to the bars they can show it off.

The singer of the song is Mark Wystrach, the guitarist is Jess Carson and the bass player is Cameron Duddy. Although the song is super catchy, they didn’t actually write the song themselves. Nashville songwriters Josh Osborne and Shane McAnally wrote “Mr. Lonely”; a great combination of talented writers came together to make this surefire hit.

Midland made it onto the scene thanks to their debut album On The Rocks that dropped September 22nd, 2017, which features a few songs that caught the country music community by storm. The album included “Drinkin’ Problem, “Burn Out” and “Make a Little.” Their latest single “Burn Out” hit #3 on the Country Airplay chart and just like those songs, this new release is still carrying that very traditional country sound.

If you’re ready for a brand-new, boot-stomping song then watch the video below!