By Jennifer Pernicano on November 15, 2019
Advertisement 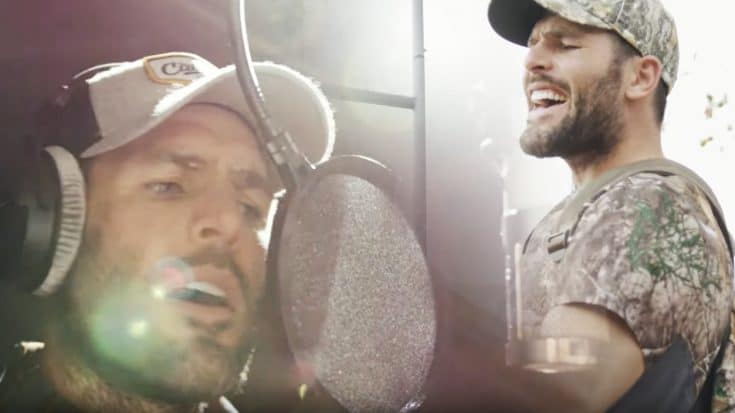 It seems Carrie Underwood isn’t the only singer in the family!

Mr. Carrie Underwood – aka former professional hockey player Mike Fisher – has been showing off his singing for the past couple years. It started in June 2018 when the “Cry Pretty” singer filmed a video of her husband singing her hit song while driving.

A few months later, Fisher and his hunting company, Catchin’ Deers, released a parody music video set to the tune of Underwood’s “Before He Cheats.” It is titled “Before She Bleats.”

Before She Bleats: Official Music Video

If you thought that was the end of his singing career, you’d be mistaken.

Over a year later – on Friday, November 19, 2019, Fisher and Catchin’ Deers released their second musical parody. This time, to the tune of Lonestar’s “Amazed.”

Just from the first lyric, you can tell that Fisher has been working on his singing!

“Every time our eyes meet / I panic and I freeze / At night you keep me awake / Booner, when you show up / I’ll be ready with my bow up / And I will not hesitate,” he sings.

According to bowhunter.com, “Booner is a relatively new term loosely used to describe a big game animal with a Boone and Crockett score that exceeds the minimum before deductions. It’s coined by those who like to fool themselves into thinking the animal is a Boone and Crockett specimen when it is not.”

His post got a hilarious reaction from his wife. She commented, “Don’t make me unfollow you.”

Watch the full music video below.