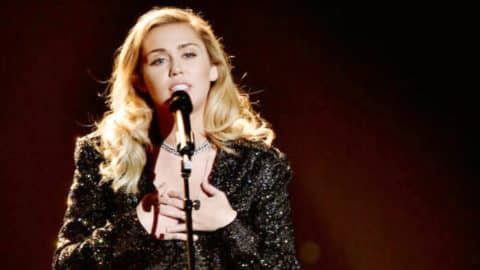 It’s going to be a quiet holiday season for Miley Cyrus. The songstress recently underwent vocal chord surgery and has been ordered to be silent for “several weeks” while she heals, according to PEOPLE.

“When Cyrus was hospitalized for tonsillitis last month, she discovered a separate issue with her vocal cords, which she had unknowingly had for years,” sources close to the star told PEOPLE. “After learning of the issue, Cyrus was told she would need to have surgery before the end of the year, and that the recovery process would include several weeks of silence.”

Nearly three weeks ago, Cyrus shared that she was on vocal rest, forcing the singer to put recording and performing on hold indefinitely.

But, Cyrus’s friends tell PEOPLE that she is “doing great and will be back and better than ever early next year.”

Vocal chord surgery is seemingly somewhat common among professional singers who may cause damage or develop polyps that can only be treated surgically. In 2011, Keith Urban underwent surgery to remove a polyp and nodule from his vocal chords. Urban told The Boot at the time that he had issues with his vocal cords for years, but they were never serious enough to address. But, he began to have troubles with his voice when a polyp developed. It suddenly became a challenge to reach certain notes and he began to lose his falsetto. Thankfully, all of that changed almost immediately after surgery and Keith has been singing better than ever since.

We hope Miley Cyrus has great success with her surgery and we wish her a full and speedy recovery!