By Jennifer Pernicano on April 7, 2019
Advertisement 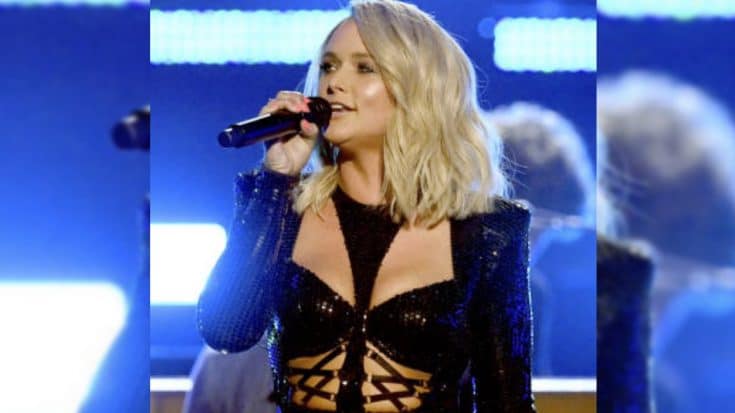 We can always count on the ACM Awards for some epic performances, and they definitely delivered in 2019. The Reba McEntire-hosted event was held at the MGM Grand Garden Arena in Las Vegas and featured upwards to 20 performances including Jason Aldean, Kelly Clarkson, George Strait, Carrie Underwood, Blake Shelton, and so many more!

The 54th annual #ACMawards are SO close and we can hardly wait to get Country Music's Party of the Year started! ✨Be sure to tune in NEXT Sunday, April 7 at 8/7c LIVE on @cbstv & @CBSAllAccess.

One of the standout performances of the night was Miranda Lambert’s solo, which ended up being a medley of some of her greatest hits.

The 2019 ACMs teased her performance with a sneak peek at her rehearsal.

"We're celebrating country music as a family. Because that's what we are" Watch @mirandalambert's #ACMawards rehearsal!

She kicked it off with “Kerosene,” followed by “Gunpowder And Lead,” and seamlessly transitioned into “Mama’s Broken Heart” and “White Liar.” She finished the epic performance with “Little Red Wagon.”

She got everyone on their feet, jamming out to her hits – and we don’t blame them. We were rocking out to them, too!

Hit after hit after hit. There’s a reason why @MirandaLambert has won 32 #ACMawards! These two agree. pic.twitter.com/CoqDuWYCmD

This isn’t the only time you’ll see Lambert on stage tonight. She is slated to perform a duet with The King of Country himself, George Strait, as part of the ACM Awards’ fan favorite ACM Flashbacks segment.

Last year, Lambert became the most-awarded ACM Award winner of all time when she took home her three awards.

And the award goes to… @MirandaLambert! Miranda added three more #ACMawards to her ACM collection this year, making her the most-awarded ACM Award winner in history with 32 awards. Can you say #WCW? ?

Watch her medley in the videos below.

“A hit isn’t a position on a chart, it’s what people sing along to. Thanks for being on this ride with me.”

Sing along with Miranda this fall on the #RoadsideBarsandPinkGuitars Tour! https://t.co/8UlLqxjj3P for info – Team ML pic.twitter.com/SBzhfARTQl