By Jennifer Pernicano on July 11, 2019
Advertisement 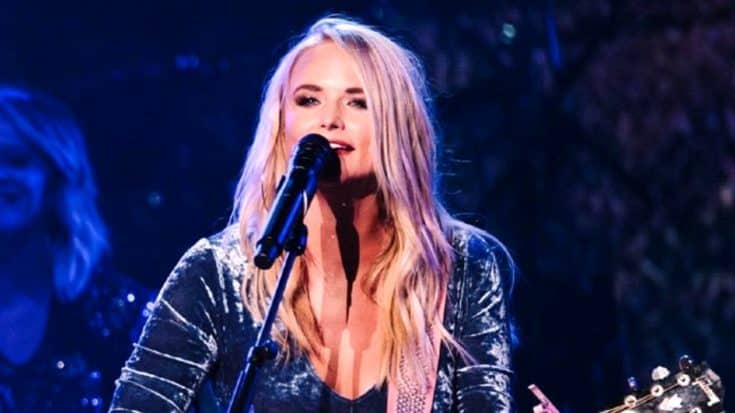 On July 8, Chris Owen – a country music chart insider – revealed to fans that we won’t have to wait much longer to hear new Miranda Lambert music.

Owen revealed that her new single, titled “It All Comes Out In The Wash” is “confirmed in Country Aircheck this evening. Radio release date is July 18th. Impacts officially on the 29th.“

New @mirandalambert single is called “It All Comes Out In The Wash.”

Owen also revealed that Lambert wrote the song, off of an upcoming album, with Hilary Lindsey, Lori McKenna, and Liz Rose – who go by “The Love Junkies” when they write together.

Of her upcoming album, Lambert told the Chicago Sun-Times in June, “I would call it old Miranda, but a Miranda at a whole new level, if that makes any sense. It’s not going to be love song overload or anything like that. [Laughs] I made a career on being a rock and roller and I think fans are going to hear that throughout. And yeah, there is this vibe of being happy that goes through this album. I am really, really happy.”

One of the reasons she’s “really, really happy” is her new husband, Brendan McLoughlin, whom she married secretly in January and announced to the world on February 16.

In honor of Valentine’s Day I wanted to share some news. I met the love of my life. And we got hitched! My heart is full. Thank you Brendan Mcloughlin for loving me for…. me. ❤️#theone

We thought we’d have to wait a while to hear the new single, but she just released a clip of it on social media, confirming its release on July 18.

“Y’all! My new single ‘It All Comes Out In The Wash’ comes out next THURSDAY JULY 18th! Written by yours truly and the Love Junkies!” she captioned a video of her and her glam squad dancing and singing to the song.

Y’all! My new single “It All Comes Out In The Wash” comes out next THURSDAY JULY 18th! #putthatsuckeronspin (Also stay tuned for some awesome new things with the legendary @EllenVUnwerth ?) Written by yours truly and the Love Junkies! @lorimckennama @lizrose06 #hillarylindsey pic.twitter.com/mK9E6Colbf