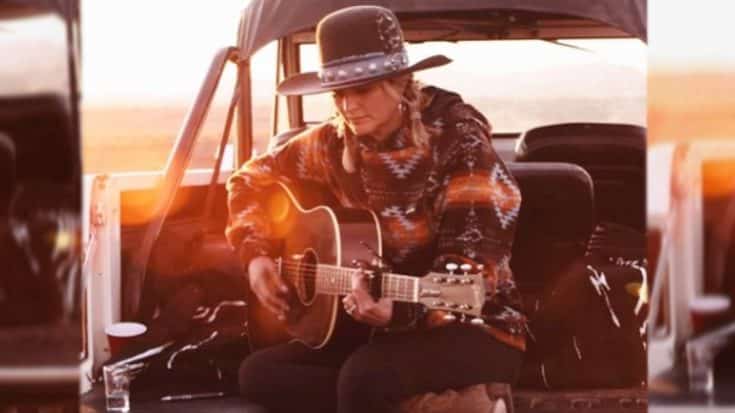 In Early March, Miranda Lambert began dropping hints that new music was on the way.

Lambert shared that she was back working with Jack Ingram and John Randall in an Instagram post. Shortly after, the country star revealed to fans that the three songwriters had completed a “raw” project called The Marfa Tapes. In Lambert’s announcement on Instagram, she decided the album’s mood. The star wrote:

“They’re raw. You can hear the wind blowing, the cows mooing…We wanted you to feel like you were right there with us, sitting around the campfire, escaping the world, disappearing into the music.”

Since announcing the album, Lambert has dropped the tracklisting, which includes a few familiar songs. A new take of “Tin Man” is also included on the upcoming album, and on Friday, Lambert released the stripped-down version for fans.

“If you ever felt one breaking, you’d never want a heart,” Lambert wrote in her Instagram caption to promote the release.

The Marfa Tapes will be released on May 7th. Until then, check out the full version of “Tin Man” in the video below.