By Miranda Raye on June 9, 2022
Advertisement 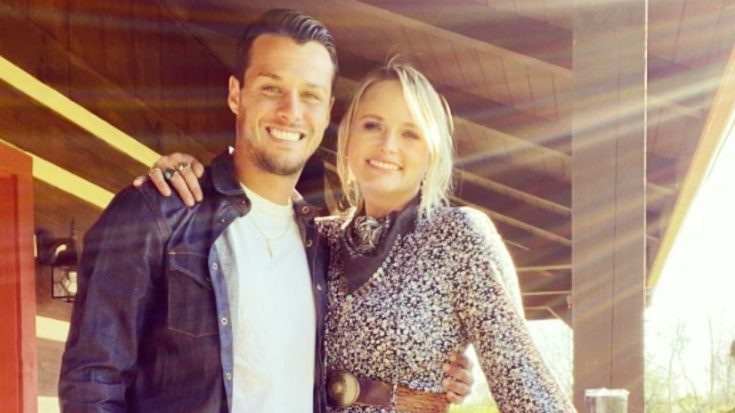 Miranda Lambert and her husband, Brendan McLoughlin, have been married for three years. He’s walked numerous red carpets with her, gone on tour with her, and has even appeared in some of her music videos.

More recently, the couple traveled around Ireland and enjoyed St. Patrick’s Day in the country.

After doing so much together in their three years of marriage, what’s next for Miranda and Brendan? She dished on their future plans in a recent interview with People.

Miranda told the publication that she has kept an entire month free this summer so she and Brendan can go on an extensive road trip in her Airstream. They’ll be accompanied by Miranda’s friend and backup singer Gwen Sebastian and her husband.

The group’s travels will take them to Colorado, Utah, Montana, and Wyoming. It will be a 20-day trip, and they plan to spend two days in each place.

“It’s so far from Nashville that I never had enough time to like, get there,” Miranda said when speaking about the destinations on their trip.

This will be the longest trip Miranda has ever taken in her Airstream. Although she’s toured all over the country, she’s never had the chance to really experience the places she travels to. So she’s looking forward to this trip with Brendan and her friends.

Miranda’s newest album, Palomino, was actually inspired by the idea of a road trip. She explained the concept, telling People:

“We were like, ‘Maybe it’s like a theme?’ So, we went with it, and we just started going through the map, honestly. We made this whole record of road trips, and it was during a time where we weren’t able to go on any road trips because it was in 2020. It just sort of came together as this traveling vagabond vibe.”

One of the songs on Palomino is appropriately titled “Tourist.” You can give it a listen below.

We hope Miranda and Brendan enjoy their vacation together this summer!