By Jennifer Pernicano on February 2, 2022
Advertisement 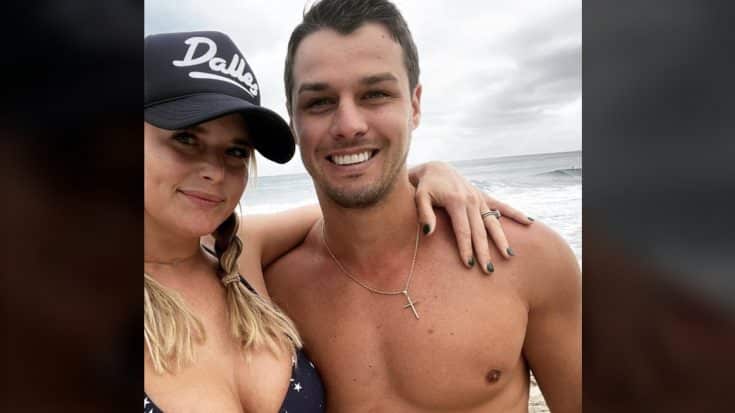 “In honor of Valentine’s Day I wanted to share some news. I met the love of my life. And we got hitched! My heart is full. Thank you Brendan Mcloughlin for loving me for….me,” she wrote alongside two photos from the big day.

He left his police job in NYC and joined her in Tennessee to live the country life on her ranch. Since then, they’ve taken road trips in their airstream trailer, and he’s even starred in her very first music video with a love interest!

On their first anniversary, Lambert shared a never-before-seen photo from their wedding day and wrote, “1 year. I’m so happy to walk through this life with you. Thank you Brendan for making me the proudest wife and stepmom. You are the reason for all my new smile lines. I love you.”

On their second anniversary, she shared a photo of them from her “Settling Down” music video.

This year, the couple celebrated three years of marriage with a trip to the beach. On February 2, Lambert posted photos from their anniversary trip, writing, “Spent a few days in the sun with my sunshine.”

Happy Anniversary to these love birds! Check out her post below.