By Miranda Raye on March 18, 2022
Advertisement 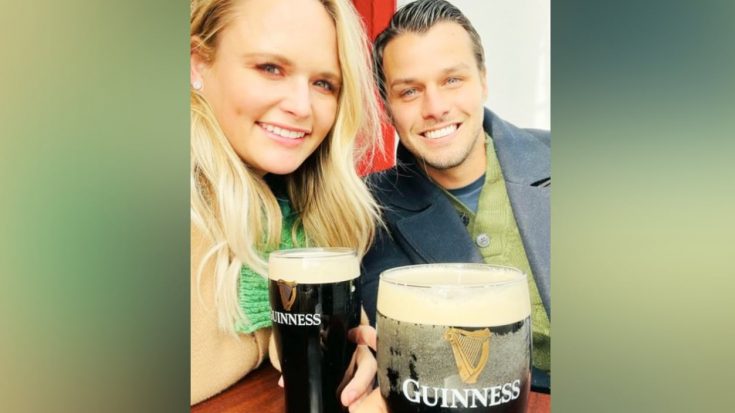 When Miranda Lambert won the ACM’s Entertainer of the Year award on March 7 she was unable to accept it in person. She was in Europe getting ready for her headlining performance at the C2C Festival in London on March 11.

After her shows, Lambert posted a bunch of photos on social media documenting her performances and travels. Her husband, Brendan McLoughlin, tagged along for the ride.

Lambert and McLoughlin remained in Ireland after her March 13 performance, and enjoyed St. Patrick’s Day in the country. Both of them posted photos showing how they celebrated the Irish holiday.

“Happy St. Patrick’s day from the Mcloughlin’s!…#homeland #Ireland,” Lambert captioned a photo she posted of her and McLoughlin snuggling up together outside in Ireland. Lambert had a glass of Guinness in her hand and both her and McLoughlin were dressed in festive green attire.

McLoughlin shared a different image and captioned it, “Happy St.Patrick’s Day from the homeland with @mirandalambert,” along with two four-leaf clover emojis. The picture shows him with a glass of Guinness as well.

Look below to see the photo McLoughlin posted. Looks like he and Lambert had fun celebrating St. Patrick’s Day in Ireland!