By Jennifer Pernicano on May 8, 2018
Advertisement 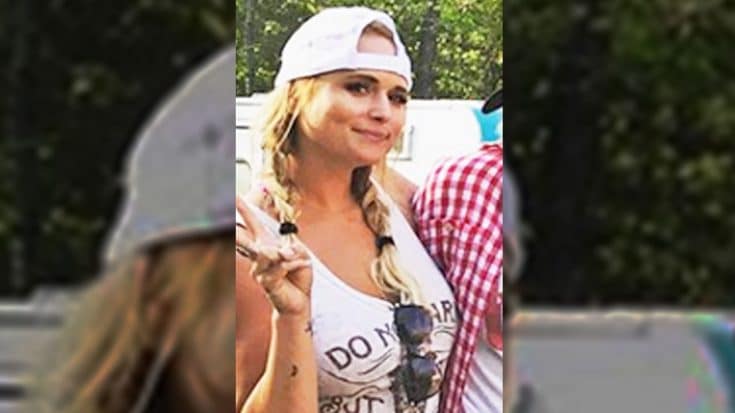 Country singer Miranda Lambert has been the center of attention for some time now because of her personal life. On Monday (May 7), she posted a photo to Instagram and it sparked a lot of backlash.

The post wasn’t about her personal life, though – it was about her dog.

She shared a photo of one of her dogs getting into a Cheetos bag. She has in previous interviews that her guilty pleasures are Cheetos and Tito’s, and often hashtags them on social media.

She captioned the photo, “‘Chi’ – tos. There may or may not have been a Sunday funday. #leftovers #chi-tos&Titos #mutts #CHIhuahua”

“Chi”- tos. There may or may not have been a Sunday funday. #leftovers #chi-tos&Titos #mutts #CHIhuahua @muttnation

It seemed like a playful post, that is until her fans began commenting on it. People immediately got on her case about the dangers of a dog trying to get food out of a chip bag.

“Please be careful with the bags! A neighbors dog suffocated in a chip bag trying to lick the bag and died,” one fan wrote.

“Dogs can suffocate in chip bags Miranda,” said another.

Another concerned fan commented, “This gives me anxiety because I found my pup dead behind my house after coming home from school when I was a kid with a Cheetos bag over his nose? he suffocated,” while another said, “I’ve heard it’s not good to let them learn that. They can suffocate themselves.”

There are over 150 comments on the post, most with warnings about suffocation. Lambert, who is a huge dog lover and advocate, was right next to the pup, so if anything went awry, we’re sure she’d step in immediately.

How do you feel about her post? Do you think people overreacted? Let us know in the comments.

Watch Lambert talk about her love for dogs below, which inspired her to start a foundation called Muttnation Foundation.