Miranda Lambert Marries ‘Love Of [Her] Life’ In Secret Ceremony

By Miranda Raye on February 16, 2019
Advertisement 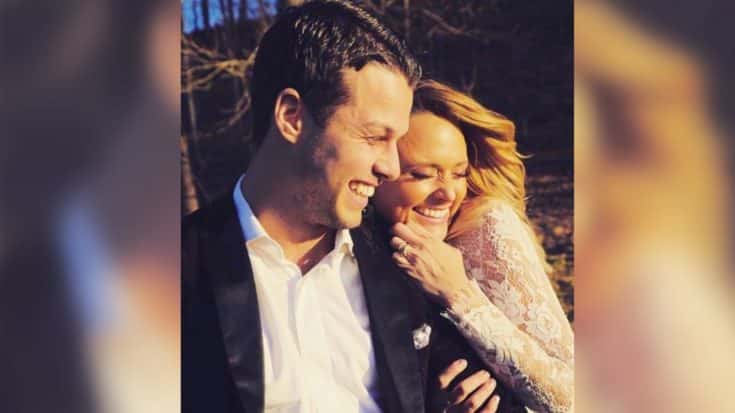 Well here’s some surprising news…Miranda Lambert is a married woman!

The country music superstar has said in times past how she tends not to share too much on social media. But she made sure to share some happy news with her followers on Saturday (February 16), revealing she had married the “love of [her] life” in a secret ceremony.

This is Lambert’s second marriage. She was previously married to fellow country singer Blake Shelton, but the two divorced in 2015 after four years as husband and wife.

After ending things with Shelton, Lambert dated singer Anderson East for some time before the two eventually called things off. She had previously been linked to Turnpike Troubadours lead singer Evan Felker, but that relationship also fizzled out.

Last thing we knew, Lambert was single and spending time focusing on her music. She recently released a new project with her all-girl group the Pistol Annies.

The record features a song titled “Got My Name Changed Back,” which has her and the other Annies singing of redeeming their past identities after going through divorces.

Now it looks like Lambert may want to think about changing her name again…because she’s officially a Mrs. now!

All The Secret Details

Lambert shared the happy news along with two photos she posted to Instagram. The lucky man is named Brendan Mcloughlin, and Lambert couldn’t help but gush about him in her post.

“In honor of Valentine’s Day I wanted to share some news,” she wrote. “I met the love of my life. And we got hitched! My heart is full. Thank you Brendan Mcloughlin for loving me for…. me.”

The two photos Lambert shared show her in an elegant wedding dress, which featured lace detail and full lace sleeves. We hope she shares more photos of it in the future, because it looks gorgeous!

Her new husband sported a simple black suit, as well as a great big smile to match his wife’s. It was surely a joyful day for them both!

A rep confirmed to People that the pair has been married for a while now…and we never knew. She kept it secret for so long!

We’d like to congratulate Lambert and Mcloughlin on their marriage, and wish them many years of love and happiness together.