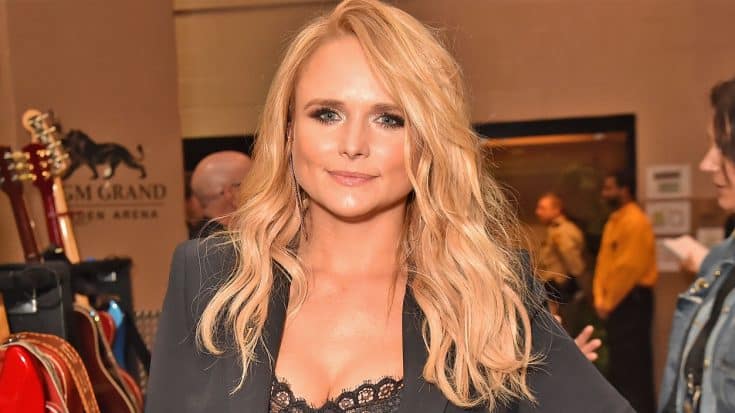 Country star Miranda Lambert did not show up to the 2018 CMT Music Awards. And no one knows why, but here are a few reasons, which are just speculation.

She is rumored to be in a relationship with Turnpike Troubadours lead singer Evan Felker, but both were nowhere to be seen at the awards show. That could be because of all the press that their alleged relationship has attracted.

The two apparently met while his band opened for her earlier this year on February 1, 2, and 3, and they completely hit it off. According to Us Weekly, Felker filed for divorce from his wife of a year-and-a-half, Staci Felker, on February 16, with Staci filing less than two weeks later.

Neither Felker nor Lambert has confirmed or denied the relationship, however a source close to the couple told PEOPLE on April 24 that they are the real deal. They were spotted looking cozy together on March 26th and 27th, but other than that, they have kept a low profile.

Lambert previously dated singer Anderson East, who accompanied her to last year’s CMT Music Awards, but their relationship ended, according to PEOPLE, at the beginning of April after about a month of breakup rumors. Lambert has not commented on this either.

Fans were quite upset to learn that Miranda Lambert skipped the CMT Awards on Wednesday (June 6).

When you realize Miranda Lambert nor Maren Morris are at the CMT Awards ??????

Yesss where is she??

But where was Miranda Lambert?

She was not slated to perform at the awards show, even though Jason Aldean performed their duet “Drowns The Whiskey” without her. She did post on Instagram about her foundation Muttnation’s involvement with CMA Fest which is Thursday-Sunday (June 7-10).

The “Keeper Of The Flame” singer is also set to perform at the Winstock Country Music Festival in Minnesota on Saturday (June 9), so she could be busy prepping for that performance. Whatever the reason, she was missed at the CMT Music Awards!

Check out her performance from last year’s awards show below.