Miranda Lambert On Why She Cast Her Husband In Music Video

By Jennifer Pernicano on October 27, 2020
Advertisement 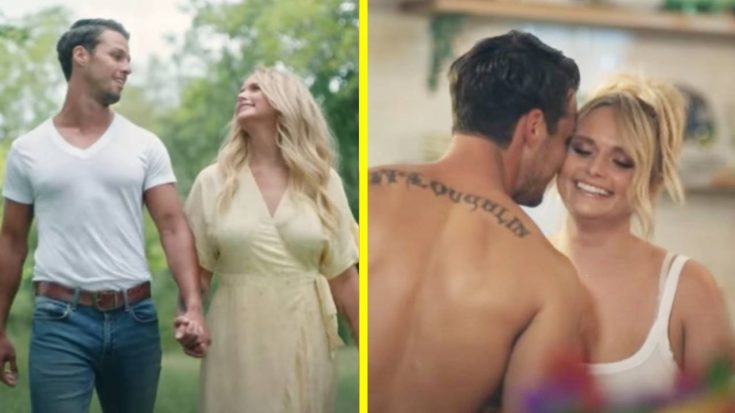 Filming a music video during a global pandemic is probably not what Miranda Lambert planned to do when she wrote the music for her 2019 album Wildcard. When she planned to release “Settling Down” as her third single from that album on September 21, 2020, she knew that that was going to happen.

Instead of sitting through hours of auditions to find the right person to play her love interest in the music video for “Settling Down,” Lambert didn’t have to look far. Instead, she just looked to her husband of almost two years, Brendan McLoughlin.

This is actually the very first time she has even had a love interest in a music video!

She told New York’s Country 94.7, “I’ve never had a video in 18 years in the business with a love interest, and so it’s kinda funny that my husband’s my first one.”

Casting McLoughlin in her video was pretty easy due to a few different factors.

“I’m like, ‘You’re cute, you’re here, and you’re free, so get the camera,” she joked in the interview. “It was fun; he did such a great job. And our little dog is in it, and our ponies. It’s at my magical-happy place an hour away from Nashville.”

Lambert wrote “Settling Down” with frequent collaborators Luke Dick and Natalie Hemby and it is currently climbing the charts. Watch the music video for “Settling Down” below.