By Miranda Raye on August 20, 2018
Advertisement 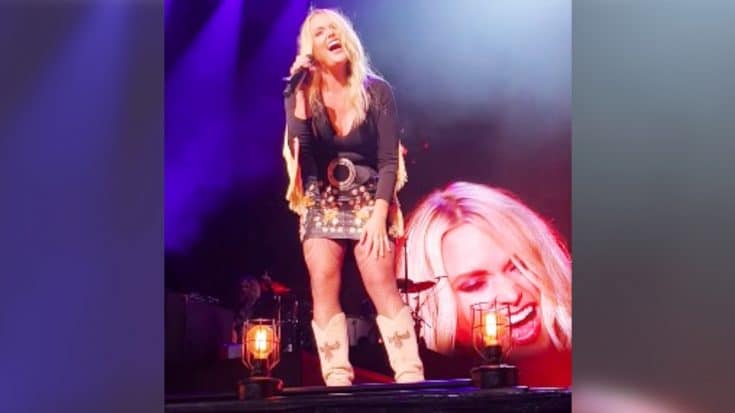 A Voice That Influenced So Many Others

Aretha Franklin may have been the “Queen of Soul,” but her influence can be heard in all genres. Everyone from rockers to modern pop stars have been inspired by her work, proving just how much of impact she made in her time on this Earth.

Country artists joined the millions who mourned after news broke in August 2018 that Franklin had passed away. Everyone from Faith Hill, to Shania Twain, to Travis Tritt took to social media to share tributes and express their grief.

The choir of angels now have the greatest voice of all time to lead, praise and join in to sing before Jesus. I wanted to share this photo because it shows just how soulful Aretha was without uttering a word. To say I was humbled to be in her presence would be an understatement. pic.twitter.com/R2lxjXwDO8

Miranda Lambert was another country star who appeared to be heartbroken over the loss of Franklin. She paid tribute through a simple post on Instagram, sharing a photo of Franklin along with the caption “The greatest of all time.”

The greatest of all time. ?#arethafranklin

An Honor From Miranda

The following day, Lambert was performing in Pennsylvania as part of her co-headlining tour with Little Big Town. Fans got the chance to hear a nice mix of Lambert’s signature songs along with some of her current tracks, including “Vice,” “Mama’s Broken Heart,” and “Tin Man.”

But one usually included song fans didn’t hear that night was the sassy “Pink Sunglasses.” That’s because Lambert chose to replace the song with a cover in honor of Franklin.

Lambert briefly addressed the crowd before she started:

“We lost one of the greatest singers in the world yesterday,” she said, going on to add, “there’s not going to be another woman who sings like Aretha in our lifetime.”

With that, Lambert said she was going to do her “best little country version” of Franklin’s “Do Right Woman, Do Right Man.” And that’s exactly what she did.

Lambert’s cover was the perfect blend of country and soul, and contained one powerful note after another. To sum it all up, we feel like she made Franklin proud with her performance.

If you’d like to catch Lambert’s cover, you can do so by watching the video below. Because of artists like her, Franklin’s music will never be forgotten.