By Manly Bryant on April 11, 2019
Advertisement 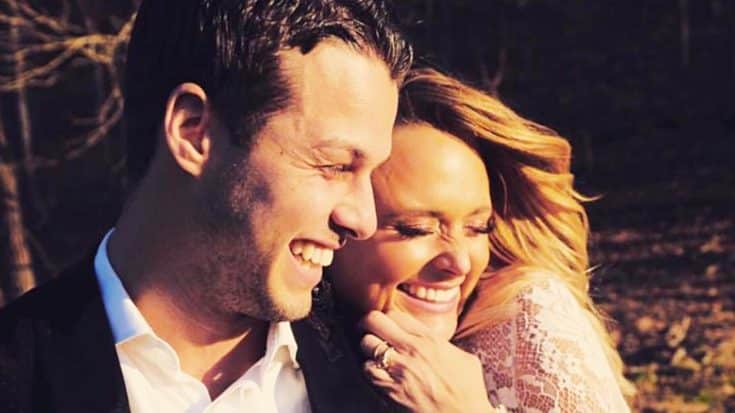 Miranda Lambert broke the internet when she announced that she had gotten hitched to a then-mystery man. Since their big debut, fans have fallen head over heels for the NYC cop. While their marriage might have been unexpected, their love seems to be blooming quickly.

Lambert introduced her new hubby to the world on February 16, 2019. The “Little Red Wagon” singer posted a candid photo of her hugging her love, Brendan McLoughlin after they tied the knot. Looking happier than ever, the pair gazed into each other’s eyes during golden hour. Lambert’s sweet words left fans wondering just who her new beau was.

“I met the love of my life.” Lambert continues, “Thank you Brendan Mcloughlin for loving me for…me. #theone.”

So who is this handsome hunk? Well, he’s a dancin’, modelin’, New York-protecting police officer who caught Lambert’s eye in no time. And although it has been a couple of months since the pair said “I Do,” they are just starting to make their first appearances in public together…starting with the ACMs.

The ACM Awards went down on Sunday, April 8th and while an array of country stars stole the spotlight, no one did it quite like Lambert and her new man. The couple took over the red carpet as the singer dazzled in a neon green gown with her arm candy looking snazzy as well.

Spring has officially sprung and we are loving all of the colorful looks that appeared on the #ACMawards Red Carpet!

A couple of days following the show, Lambert shared some “never-before-seen” snaps featuring her and her hubby. With the caption, “Loved catching up with my friends last weekend” the series of photos featured Little Big Town, Maren Morris, and George Strait. You can swipe to see all three photos below.

Loved catching up with my friends last weekend! #countrymusicfamily

McLoughlin is standing by Lambert’s side in the photos, being the first few pictures we’ve seen of them since their wedding!

One thing is for sure – they look great together.

You can watch a little bit of Miranda Lambert’s ACM Awards performance below.

“A hit isn’t a position on a chart, it’s what people sing along to. Thanks for being on this ride with me.” Sing along with Miranda this fall on the #RoadsideBarsandPinkGuitars Tour! See tour stops at Mirandalambert.com