Miranda Lambert Shares Love For Parents On Their Anniversary

By Miranda Raye on August 26, 2020
Advertisement 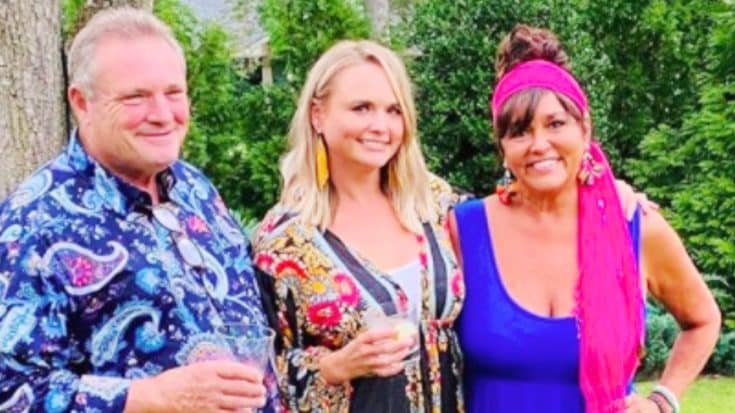 Congratulations are in order for Miranda Lambert‘s parents, Rick and Bev Lambert, because they just celebrated their anniversary on Tuesday (August 25).

Miranda gushed about her parents on social media, and dedicated a post to them and their love.

“Happy anniversary mom and dad!!” Miranda wrote. “I’m so proud of them and the life and businesses they’ve built.”

Miranda’s message was written alongside a slideshow containing three photos. The first photo was taken on her parents’ wedding day, and shows them embracing while smiling at the camera. Bev looked so much like Miranda when she was younger!

The second photo in the slideshow shows Miranda with her parents in modern times. As for the third picture, it showcases Miranda’s Lucky Stars wine from her Red 55 Winery.

“Sending a toast out to y’all with some of The Lambert Family @red55winery today! Cheers!!” Miranda said. You can read her full post below.

Happy anniversary mom and dad!! I’m so proud of them and the life and businesses they’ve built. Sending a toast out to y’all with some of The Lambert Family @red55winery today! Cheers!!

The team behind the Red 55 Winery’s Instagram also wrote their own tribute to Bev and Rick in honor of their anniversary.

We too, want to wish Rick and Bev a happy (belated) anniversary. Here’s to many more years of love and happiness together!

Head below to watch an old interview with Miranda, Bev, and Rick as they speak about Miranda’s childhood home. Miranda’s memories of that home helped her develop a connection to the song that went on to become her first #1, “The House That Built Me.”