By Jennifer Pernicano on August 5, 2021
Advertisement 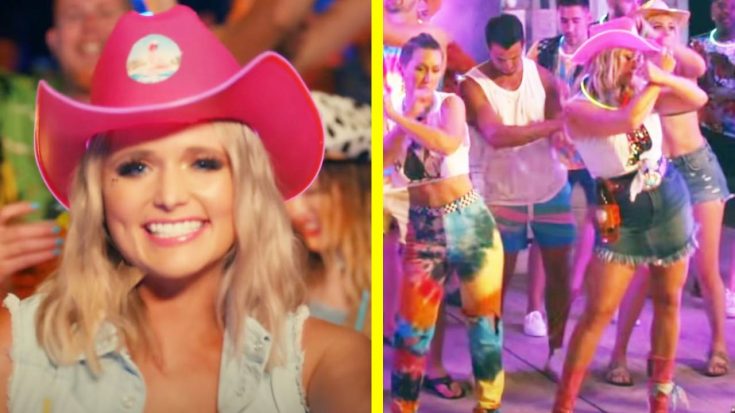 For the first time in her career, Miranda Lambert released a remix to one of her songs and she just dropped the accompanying music video!

“Tequila Does (Telemitry remix) is my first remix of any song in my whole career. I knew it was right up my brother Luke’s alley so I sent it to him to see what he and his husband Marc thought. They loved it and that gave me the confidence to put it out there,” she wrote about the song on Facebook.

She explained that she invited her friends and family over to her farm to shoot the video in her vintage trailer park. Lambert’s husband, Brendan, celebrated the music video with a post from the shoot.

The music video was truly a party in her trailer park where drinks were flowing and fun was had. There was even a choreographed dance! Lambert posted a behind the scenes look at the filming of the dance, which was choreographed by her friend, April Dobervich. She also invited her followers to do the dance and tag her on social media.

We’ve never seen Lambert dance like this before, but she’s got the moves! Watch the full music video for the “Tequila Does Remix” below.