By Miranda Raye on June 7, 2019
Advertisement 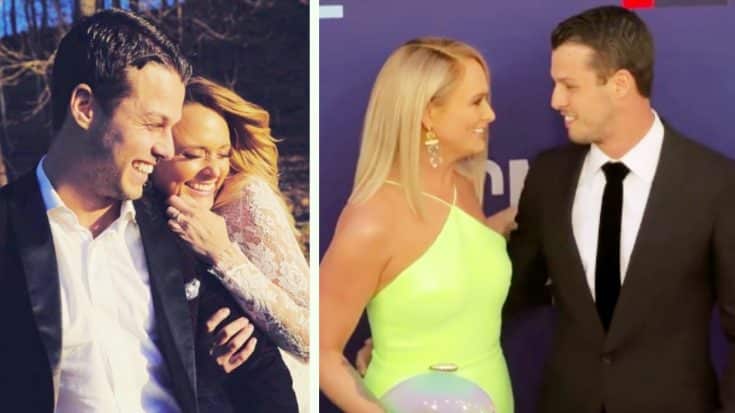 When Miranda Lambert married Brendan McLoughlin in 2019, she instantly became a wife and a stepmom. McLoughlin’s son from a previous relationship was born in November 2018.

Lambert and her new husband split their time between New York City and Nashville, since McLoughlin previously served as an officer in the NYPD before retiring from the force. His son still lives in New York City as well.

During an interview with Extra, Lambert shared that she’s enjoying her life in the two cities.

“We have the best of both worlds,” she said. “We spend time in New York, we get to see our adorable nugget, then we get to come back to the farm and have the quiet life. I’m enjoying the balance.”

The “adorable nugget” Lambert mentioned is of course, her stepson. For the first time ever, Lambert opened up about her experiences as a new stepmom, and based on what she had to say, she’s loving every moment.

“My stepson is amazing,” she gushed. “I’m loving that whole phase, and I’ve raised a million dogs, so I feel like I’ve got that part of my womanly/motherly thing…so this is a whole new journey. It’s great.”

Speaking of dogs, Lambert and McLoughlin finished marching together in the Mutt March at CMA Fest in 2019. The march was hosted by Lambert’s MuttNation Foundation to help raise awareness for pet adoption.

In her interview with Extra, Lambert revealed that McLoughlin didn’t have any pets when they married. But since Lambert has a whole bunch of animals, he quickly had to adjust to being a pet parent!

“He’s a great guy and, bless his heart, he didn’t have any dogs or any animals at all when he came into this relationship, so he inherited a whole barn full,” Lambert said.

She later commented on her stepson yet again, saying she told McLoughlin, “I was like ‘Hey, I got the dogs, you got the kid, we can mix and mingle.'”

Sounds like Lambert is loving her life as a new wife and stepmom! You can watch her happily take part in the Mutt March with McLoughlin by tuning in to the video below.