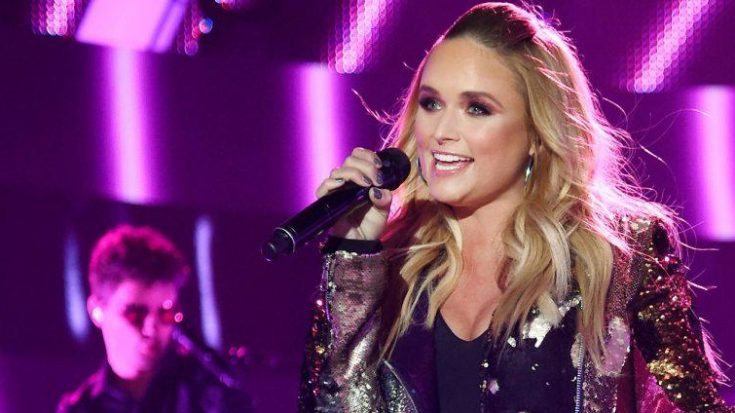 Calling it one of the most laid back awards shows, Miranda Lambert really let her hair down while performing at the CMT Music Awards in June 2017.

She teased her performance at rehearsals the day before the show when she got stuck in an elevator with some of her team.

Well folks, CMA Week is starting off right… stuck in the elevator at @CMT awards rehearsal. Don't worry I have airplane bottles of Tito's in my purse for emergencies. What is it about award shows? Always an adventure…#pinksunglasses #CMTAwards #cmafest2017

Singing “Pink Sunglasses” off her double album The Weight Of These Wings, Lambert handed out 1,000 pink sunglasses to people in the crowd, including country duo Dan + Shay.

She chose to sing this particular song because when she does it on the road, the fans really go crazy for it. We think she made the right choice! Everyone was dancing and grooving to her performance.

She came out sassier than we’ve seen her in a long time and strutted her stuff as she sang. Watch her sassy performance during her Highway Vagabond Tour below.