By Miranda Raye on July 3, 2018
Advertisement 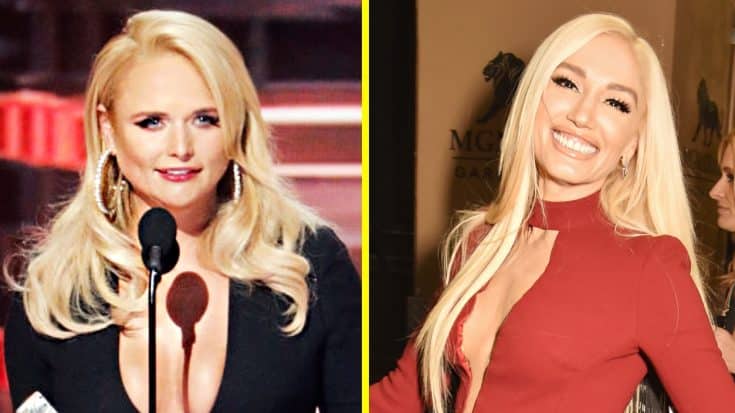 Leading up to the release of her 2016 album The Weight of These Wings, Miranda Lambert was surprisingly silent. At a time when the “Keeper of the Flame” singer was on nearly every tabloid in sight (she had just divorced from fellow country superstar Blake Shelton in 2015), she chose not to share her side of the story.

At least, not in interviews. Instead, she let her music do the talking, allowing fans to hear her pain and heartbreak captured in tracks such as “Vice” and “Tin Man.”

It was only after The Weight of These Wings debuted that Lambert started to speak up a little more about her divorce. But it took some time, especially after one of her earliest Wings-era interviews went to a place she wasn’t yet comfortable to go.

As Lambert explained in an interview with HITS Daily Double, she told her manager prior to the release of The Weight of These Wings that she didn’t want to do any interviews about the album. While it was partially because she wanted fans to learn the “truths” from her songs, she also didn’t want to go through all the hurt all over again.

“It was going to be hell, and I’d already been through hell,” she said about being interviewed, knowing that she would surely be asked about her divorce and what went wrong. “It was hell putting it on paper, putting my words on paper. So I didn’t want to rehash. I’d finally gotten to a place where I wasn’t sad anymore.”

Lambert decided that she would only agree to interviews again after The Weight of These Wings came out. But once she finally hopped on the phone for an interview, she found herself cornered by one of the exact types of questions she had been trying to avoid.

Being Asked About Gwen

By the time The Weight of These Wings was released, Lambert was in a relationship with singer Anderson East, while Shelton had been dating fellow Voice coach and pop star Gwen Stefani since late 2015. Lambert and East have since parted ways, but Shelton and Stefani are still going strong.

For ages, people have naturally been curious to know what Lambert thinks of Shelton and Stefani together. So it makes sense why following the release of The Weight of These Wings, one interviewer threw caution to the wind and asked Lambert directly about Stefani.

However, the interviewer didn’t even ease into the question. It was the first one asked, and it kind of caught Lambert off guard. Here’s how she responded:

“I got on the phone for the first interview. First question was, ‘How do you feel about Gwen?’ I hung up. I told [manager] Marion [Kraft], I just can’t do this. What was in the music was real, and I wanted people to get it from that. Take from it what they would. Then if I needed to talk, I would. But I haven’t really. Until now.”

There’s no denying the fact that you can learn a lot about what Lambert was going through at that time in her life through the songs on The Weight of These Wings. “Vice” is probably the perfect example, so go ahead and give it a listen below.

What do y’all think of what Lambert had to say in this interview? Do you have a better understanding now of why she never really talked about her divorce, or about Shelton and Stefani?