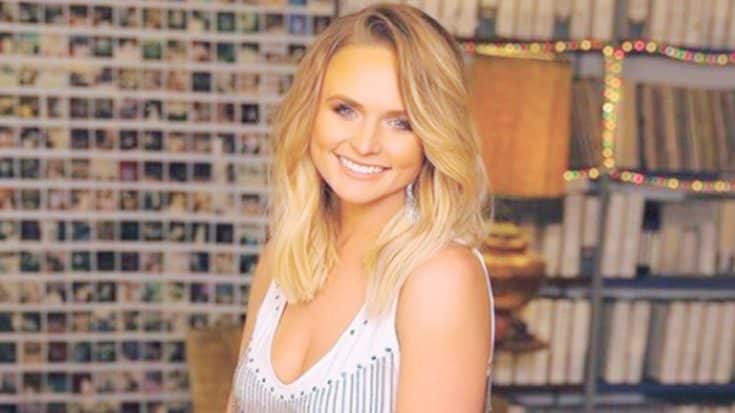 Lambert, her husband Brendan McLoughlin, and a whole bunch of other animal lovers also marched the streets of Nashville in a “Mutt March” to help raise awareness for pet adoption.

The “We Should Be Friends” singer has adopted her own fair share of pets through the years.

Back in May 2017, Lamber posted a photo of just a few of her many furry family members. The picture shows six of her seven dogs, along with their “cousin” dog.

In the caption, Lambert included hashtags to indicate just how many pets she had at the time. She said she had seven dogs, four cats, five horses, and two mini horses.

Lambert had 18 pets at the time the above photo was taken, but seems to have lost one between then and August 2018. That month she proclaimed she then had 19 pets after welcoming two more cats into her brood.

Always one to choose creative names for her furry family members, Lambert named the pair “Mac” and “Cheese.”

Lambert wasn’t lying when she included the “#19andcounting” hashtag at the end of her post after welcoming the two new kittens. It’s been nearly a year since then, but she has finally added some additional members to her family.

Rather than bringing home new dogs, cats, or horses, Lambert decided to take on a new title as a rabbit mom!

During a visit to Metro Animal Care and Control in Nashville, Lambert fell in love with two rabbits that were available for adoption. She shared some adorable photos that show her cuddling the fluffy critters, with one appearing to be a grayish-brown and the other being white with black spots.

“Somebunny has two new best furever friends!” Lambert said, before going on to reveal that they were named “Frida and Selena!” We assume those names are in honor of Mexican artist Frida Kahlo and Mexican-American singer Selena.

Somebunny has two new best furever friends! Frida and Selena! ???Thank you @nashanimalcare for rescuing all these bunnies. Glad I could take two off of your hands! There are so many more y’all. Go visit MACC! #furmom #21&counting #oops #dontforgetloveashelterpet #muttsofallkinds

Now Lambert has 21 furry family members! Though we have a feeling she’ll one day welcome more, especially since she still included an “and counting” label on her bunny adoption post.

Lambert’s love for animals is just one of the many things we love about her! Tune in to the video below to watch her spend some quality time with just a few of her many four-legged friends.