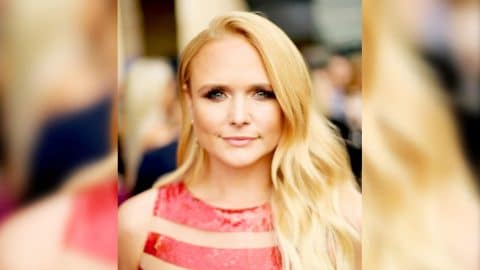 After earning the title of “most-awarded female” in CMA Awards history and being nominated as Female Vocalist of the Year –  Miranda Lambert decided it was finally a good time to grow her family.

She might have recently taken to social media to show off two adorable new fur babies – but this isn’t her first rodeo. Lambert boasts that she is “19 and counting!” The roundup is diverse, but she seems to love all her “kids” equally. But how couldn’t you when they have such classic names as Waylon, Jessi, Delta, Cher, Bellamy, Thelma and even Louise!

To help her keep track, Lambert has developed a very special way to carry them around…

Lexington, KY we’re here! And our friends from @lexingtonhumane came to see us and brought some smiles! Go visit and adopt some cuties. #livinlikehippiestour @thesteelwoods @jonpardipics

And it is not just cats & dogs on the farm – Lambert is a proud horse mom too!

With the #bandwagontour rehearsals under way and the tour starting in less than 2 weeks, I decided to spend my last weekend off on one of my other passions. Gypsy Vanner’s. I got to show with some great people and amazing horses at the Feathered Horse Classic in Clemson SC. It has been one of the best weekends of all time. My horses performed well and I smiled so much my face hurts. I am still green and have so much to learn but I’ve come a long way in 4 years. And thanks to my team and friends we left with ribbons, memories and a few reserve champion titles!!! It’s just a reminder to take time out for what you love and what recharges you. I can’t wait until the next one. But until then I’ll see y’all on the road! (More pics in my stories. I’m a proud horse mom) #gyspsyvanner #geton #FlyingPistolsRanch

Lambert is also a huge supporter of animal rescues. She’s even compared her work with adoption centers to being just as important as her singing career. She told social media, “Music and mutts are my two passions, so using music to raise money for these animals is pretty amazing.”

“Music and mutts are my two passions, so using music to raise money for these animals is pretty amazing.” @mirandalambert is on the cover of @parademagazine today talking all about MuttNation and rescuing fur babies!! 💕 #loveashelterpet

Lambert is definitely giving these guys a second chance by adopting them and her love for animals is so beautiful to see. With the level of compassion she has for her furry friends – we can only wonder where this sort of kindness comes from. Well, in 2016, Lambert used a throwback pic to show us that she has always had an amazing bond with her pets.

With seven dogs, four cats, five horses, and two mini horses – you would think Lambert would have run out of room already! But she proves love has no limits. She celebrated the addition of two more darling kittens to her ever-growing family. While Lambert is excitedly bright-eyed in her photo, her new kittens hid their bushy tails from the camera. The babies are so tiny that they both fit purrrfectly in Lambert’s one arm!

In her post, she says, “My💗. Mac & Cheese. New additions to Flying Pistols Farm.” She follows up with some clever hashtags such as “#areyouKITTENme” and “catmom.” While we aren’t sure if she will be adding any more members to the family in the near future – we are certain these two cuties just fell into the arms of a loving mommy & family.

Watch Miranda Lambert talk about her life’s calling and let us know what you think in the comments section below!