By Jennifer Pernicano on April 22, 2021
Advertisement 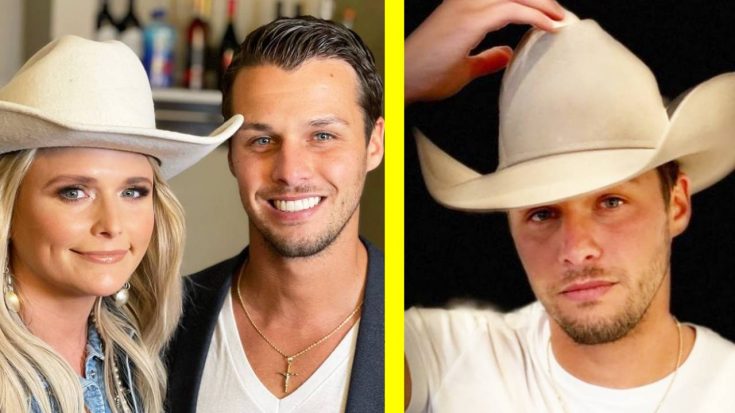 As a former New York City cop, Brendan McLoughlin is about as city as they come, but when he married Miranda Lambert, he uprooted his life to be with her in the country.

Their differences aside, Lambert and McLoughlin have been hitched for two years now and are living the dream in Tennessee on their sprawling ranch estate, which was featured in her music video for “Settling Down.”

His Instagram bio even says, “City goes country,” and features snapshots of his life with his bride. One of the photos was from Halloween where he dressed up like a cowboy.

But it turns out, this city boy hadn’t purchased a real cowboy hat quite yet – until now.

“Couldn’t have had a better experience for my first hat,” he wrote alongside a photo of himself in a brand-new cowboy hat in his Instagram story.

He thanked Fort Worth, Texas’ The Best Hat Store, who is known for their custom American Hat Company hats. According to their Instagram, the two hats Gabby Barrett wore to the ACM Awards were from their store.

A post shared by The Best Hat Store (@besthatstore)

They have even fitted real-life cowboy-turned Yellowstone actor Forrie J Smith with a hat!

A post shared by The Best Hat Store (@besthatstore)

Check out McLoughlin’s new hat in the photo below.

Too bad his hat didn’t arrive in time for the ACM Awards last weekend, he and Lambert could have matched!

Watch the music video for “Settling Down” below.