By Jennifer Pernicano on October 29, 2019
Advertisement 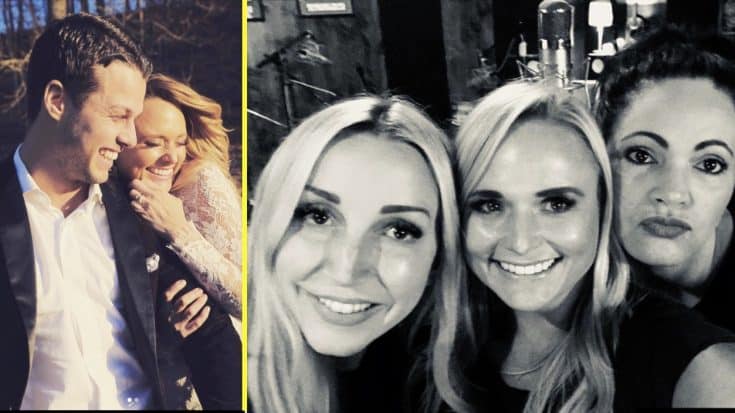 She made the announcement on Instagram, writing, “In honor of Valentine’s Day I wanted to share some news. I met the love of my life. And we got hitched! My heart is full. Thank you Brendan Mcloughlin for loving me for…. me.”

Since then, we found out they were actually married a couple weeks before, on January 26 in Davidson County, Tennessee. We also found out that he was a New York Police officer.

This week these fine officers showed what we do best in #Midtown. PO McLoughlin apprehended perpetrator in a bank robbery in progress & PO Donato had a pick up arrest of a truck burglary closing out several open complaints. Job well done guys!! #ItsWhatWeDo #NYPDprotecting pic.twitter.com/7SooN2O9GS

Since their marriage, Lambert has spoken about their new life together a couple times, and posted several sweet photos together, but she’s never revealed how they actually met – until this 2019 interview.

Happy Birthday to the man that puts stars in my eyes. ???❤️#foreverandeveramen

Lambert sat down for an interview with The New York Times and spilled the beans on how they officially got together.

She and her Pistol Annies bandmates, Angaleena Presley and Ashley Monroe, were doing press for their album Interstate Gospel when they stopped by Good Morning America, which is filmed in Times Square. McLoughlin patrolled that area at the time.

Lambert told The New York Times, “Our record came out the day after Halloween, and we did ‘Good Morning America.’ My husband was doing security there for the show. My girlfriends, the Annies, saw him and knew I might be ready to hang out with someone. They invited him to our show behind my back. They plucked him for me.”

Apparently, her security guard Tom knew about the secret invitation.

They were married less than three months later.

Watch Miranda gush about her husband in the video below.