By Jennifer Pernicano on June 29, 2021
Advertisement 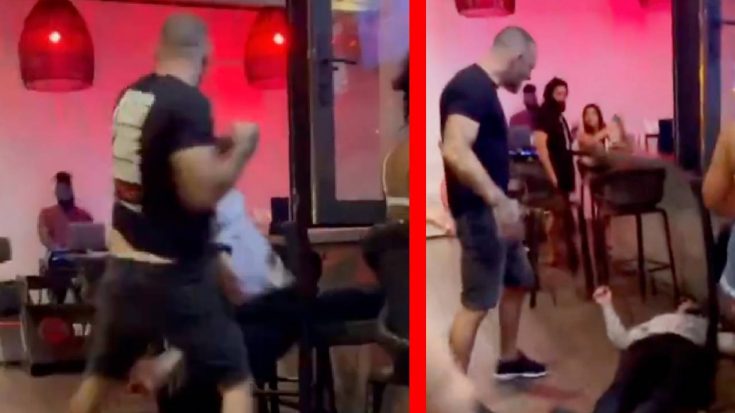 A mixed martial artist who has a 4-6 record in Bellator is making headlines for knocking out a bar patron recently, and he posted it the incident to his own Instagram page.

Joe Schilling shared a video to his social media, saying he punched another man in bar and did it in “self-defense.” He added that he feared for his life. The video has since been deleted from Instagram for violating its “bullying or harassment” community guidelines.

The video shows a man in a tie yelling in the bar. Schilling walks past him and they bump into each other. The man says something to Schilling, who turns around. The man pump fakes him, meaning he acts like he going to hit him, but doesn’t. Without skipping a beat, Schilling punches the man once with each hand leaving him unconscious on the floor. As people ran to the man’s aide, Schilling walked away.

Since the video started making its way around the Internet, Schilling released the following statement:

“Little context … this guy’s rapping like an idiot. The busboy, who happens to be black, walks by and this idiot bumps into him and screams out: ‘Me and broke n****s, we don’t get along. The busboy was seriously offended, but doesn’t want to lose his job. As the night goes on, this clown starts looking at me … I go outside to smoke as I’m walking back, he bumps into me. I put my hand out to catch him, he immediately says sorry. You can see me nod my head like cool. The he realises it’s the guy he’s been rapping at all night (and) yells ‘HEY.’ I turn around and he flexes on me … bad decisions are made every day. The busboy and DJ came up to thank me. As you can see from this video, when he flexed on me I was scared for my life and simply defending myself against the evil in this world.”

Twitter is split on if Schilling’s punches were actually in self-defense or not, but we will let you be the judge of that. Watch the video below to see the incident for yourself.

Footage emerged of former GLORY Tournament Champion & Bellator fighter Joe Schilling assaulting a man in a bar dispute. The fighter took it to social media and claims it was self-defense, during a "life-threatening experience". pic.twitter.com/cybXpPJWFT