“Monarch” Producer Speaks Out About “Eerie” Similarity To The Judds

By Jennifer Pernicano on September 22, 2022
Advertisement 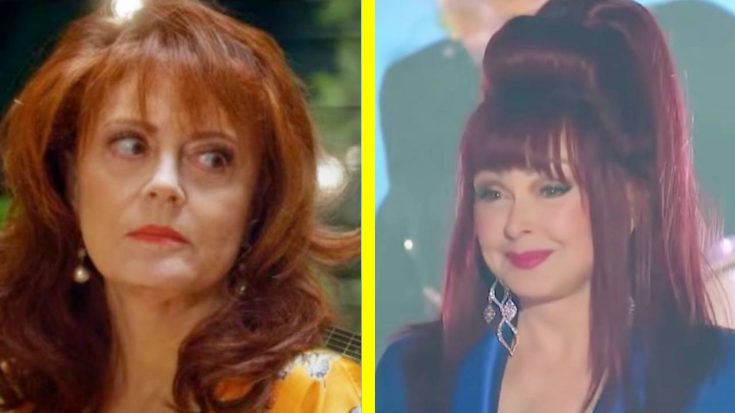 On September 11, fans were finally treated to the long-awaited premiere of the Fox country music drama Monarch. The show, which follows the “First Family” of country music, was first announced in 2021, with a January 2022 premiere date. The show stars Trace Adkins as family patriarch Albie Roman, while Susan Sarandon portrays his wife, Dottie, the Queen of Country Music. Their daughter, Nicky, is played by Anna Friel.

Two weeks before the premiere episode, the show announced it would be rescheduling to the fall due to the “unavoidable realities of the pandemic.”

When the announcement came out, the show was still in production, though several episodes had been filmed. Now that the first two episodes have aired, we can discuss the eerie similarities between Monarch and The Judds. In the series premiere, we learn that Sarandon’s Dottie Roman has terminal cancer, but wants to go out on her own way on the night of a huge musicale honoring her legacy.

The second episode shows her family dealing with their grief in different ways, as well as her funeral, which she has planned to a T. Dottie had written down which singers she wanted to perform which songs, just like the late Naomi Judd did before she passed away on April 30. Dottie requested her sister Nellie, played by Faith Prince, sing The Judds’ “Love Can Build A Bridge.” Much to Nellie’s surprise, a hologram of Dottie appeared on stage to upstage her sister, adding to their complicated relationship even beyond the grave.

The very last performance Naomi Judd gave was at the 2022 CMT Music Awards, where she and daughter Wynonna performed “Love Can Build A Bridge.”

The duo’s hit song was sung by Wynonna at Naomi’s funeral.

The Judds performed at the awards show to celebrate their impeding induction to the Country Music Hall of Fame, and their fall tour. Sadly, Naomi took her own life just one day before the induction ceremony. Wynonna will be embarking on their tour with the help of Brandi Carlile, Faith Hill, Kelsea Ballerini, Martina McBride, and more.

During their tour, and leading up to it, The Judds had arranged for a documentary to be filmed with “music industry veteran” Jason Owen, who is also an executive producer on Monarch. He confirms that Sarandon’s scenes were all before Naomi passed away.

“What feels like art imitating life is really just one of the strangest, saddest, eeriest coincidences I’ve seen,” Owen said.

Owen took inspiration for Dottie’s funeral from the likes of George Jones, Johnny Cash, and Tammy Wynette, saying, “They’re icons, and they deserve these big celebrations of life. That’s where we got the idea for the over-the-top funeral.”

He explained he chose “Love Can Build A Bridge” for Dottie’s funeral because he was working on The Judds’ tour at the same time and felt the song was perfect for Nellie to sing at her sister’s funeral.

“The Judds are literally my favorite of all time,” he added. “I was producing their whole tour, and they had their last performance, which was ‘Love Can Build a Bridge’ on CMT. Then the tragic events start to unfold. It’s just another unbelievable coincidence. But it’s also something I care deeply about — what Wynonna and the family thought.”

New episodes of Monarch air on Tuesdays on Fox at 9pm EST.