Moon Angell Is “Just Friends” With Dog, Explains Why She Moved Into His House

By Manly Bryant on February 5, 2020
Advertisement 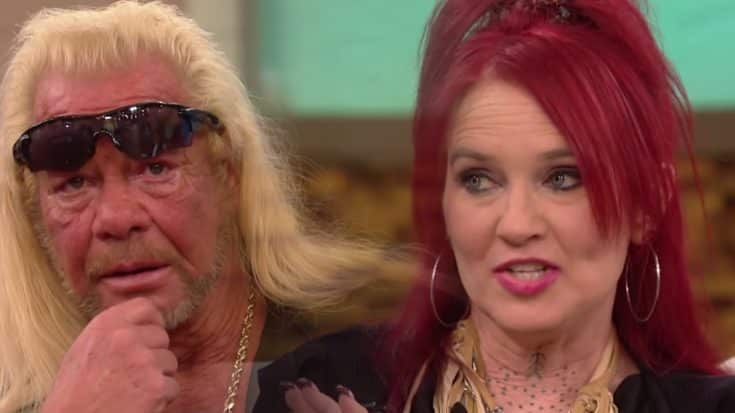 Just days ago, the final clip was revealed that showed the truth behind Dog The Bounty Hunter’s stunt proposal that had shaken fans worldwide last week.

In a teaser clip that was released ahead of the February 3rd episode, it appeared to show Dog emotionally proposing marriage to Moon Angell in a moment that clearly shocked her and Dr. Oz alike. The teaser clip even said “Dog The Bounty Hunter: the new woman in his life is here and he’s surprising everyone.” At that point in the clip, Moon’s head snapped to look at him in utter shock and then the camera quickly switched to Dr. Oz whose jaw was dropped in surprise.

And will @markwahlberg and I settle our rivalry? Tune in. pic.twitter.com/NBgrzjw1ih

The full episode finally aired on February 3rd, 2020 and according to a People Magazine article on the situation, the whole proposal was fake and meant to be a dramatic way to explain the relationship between Moon Angell and Dog.

As he spoke about his commitment to Beth and how in her last few months with him, she encouraged him to find someone else to love after she was gone, he paused a moment before turning to Moon Angel.

“And I didn’t tell ya I was gonna do this, but this is The Dr. Oz Show…and I think this will put a stop to a lot of this,” Dog said as he stroked his beard and thought about his next few words carefully. Turning to her with tears in his eyes, Dog said convincingly: “Moon Angell, will you marry me?”

As shock washed over her face and Dr. Oz was seen with his jaw wide open, Moon Angell rejected his fake offer of marriage, saying “What? No. We’re friends, Duane. I love you as a friend.”

Now, the full episode from Monday (Feb. 3rd) has been published to YouTube and reveals a lot more about the relationship between Dog and Moon than any of the previews had.

“We’re back with Dog The Bounty Hunter and we are also joined by his longtime friend Moon Angell – in the press she’s been referred to as his girlfriend,” Dr. Oz said opening the show from a commercial break. “So what I’m going to do…to understand what’s really happening, because I know the tabloids don’t always get it right — you are living in Dog’s house?”

Admitting that she had moved into Dog The Bounty Hunter’s home and replaced his late wife’s clothes with her own (upon his request), Moon Angell says that they are just good friends – and that she’s staying with him temporarily because “my friend’s in need…and he needed help.”

She says that throughout the 21 years she has been friends with both Dog and Beth, they have lived together before and so “this isn’t new for her.” She maintains that she’s just friends with him – something that he drew a huge amount of attention to when he performed a hoax proposal on daytime television.

Check out the episode below. It is split into 2 parts.