By Jennifer Pernicano on September 19, 2022
Advertisement 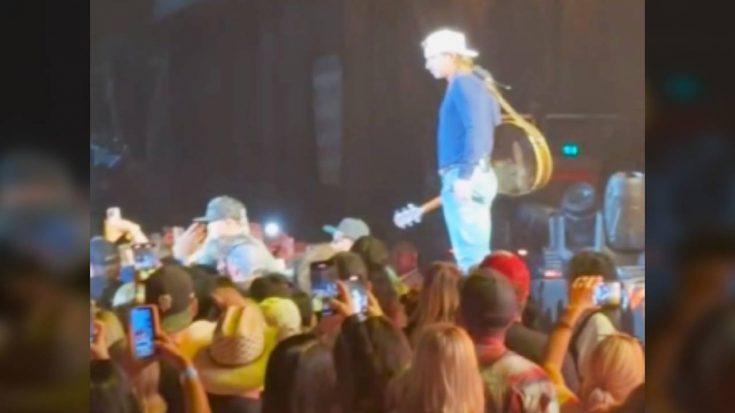 If there’s one thing all country singers do not like, it is unruly fans at concerts who cause havoc. More often than not, the singer will see something they don’t like and then stop their concert to remove the unruly fan, or fans. Cody Johnson has done this more than once!

Now, Morgan Wallen can add his name to the list of country singers who stand up for the safety of his fans. He is currently on his Dangerous Tour and during his Wheatland, CA stop on Saturday (September 17), Wallen stopped the concert mid-song to address some fans who had gotten in a fight.

While singing “This Bar,” he said, “Hey, stop the music!”

Wallen walked from center stage to his right and asked the crowd, “What kinda shit’s going on over here? Kick this stupid motherf**ker outta here.”

The crowd erupted in cheers, agreeing that fighting has no place at a country music concert. He asked the crowd, “Alright, does anybody else wanna do some stupid shit or are we all good?”

The audience reassured Wallen that they were “all good,” and he jumped back into “This Bar.”

According to a comment on a TikTok video documenting the incident, a man was being aggressive towards his wife and another man near them put a stop to it. Allegedly both the husband and wife ended up in handcuffs.

Watch Wallen put a stop to the fight in the video below.