Motorcyclist Killed After Being Struck By Lightning 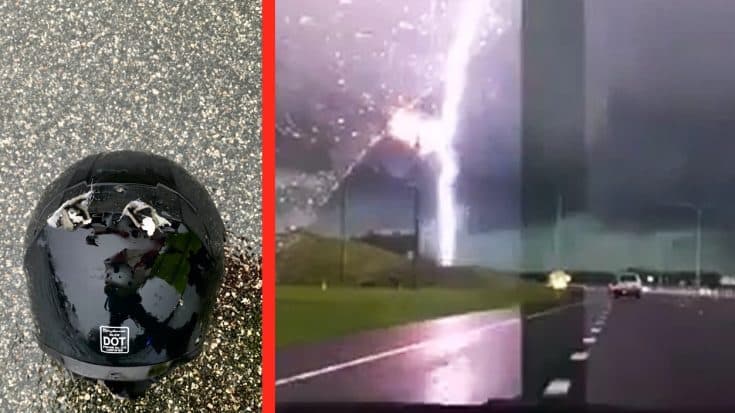 A tragic report out of Florida today as Highway Patrol officials revealed a motorcyclist had been killed while traveling down the highway just outside of Ormond Beach. And the cause of his death is deeply unsettling.

According to the Florida Highway Patrol on Twitter, an unidentified 45-year-old man was riding his Harley Davidson around 2:15 p.m. local time. He was traveling south on Interstate 95 near mile marker 271 when he was struck by lightning.

This is what’s left of a 45 year old man’s helmet after he was struck by lightning, while riding his motorcycle southbound, on I-95 in Volusia County this afternoon. Unfortunately he did not survive the crash. pic.twitter.com/uFklUPY8r1

Lighting struck the man’s helmet, as described by a fellow motorist, and he veered off the road and crashed – ending in his death.

The other motorist, who happened to be an off-duty sheriff’s deputy on vacation in the area, called emergency services, but unfortunately, the motorcyclist had already died.

Watch the full news report on the incident below.

Our thoughts and prayers are with this man’s loved ones during this difficult time.