By Manly Bryant on March 16, 2021
Advertisement 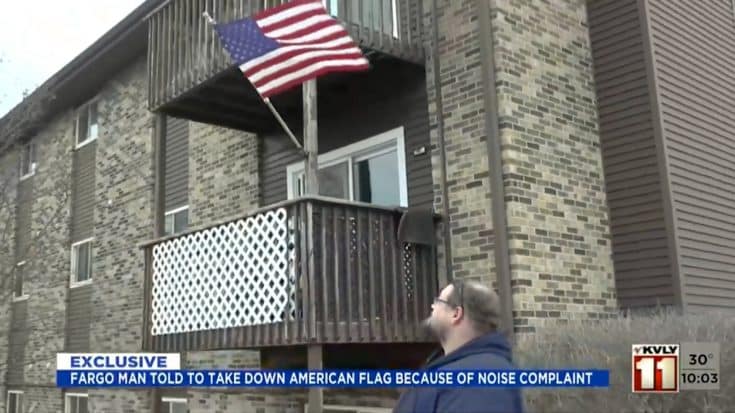 Andrew Almer has flown his American flag for over two years now from his balcony in Fargo, North Dakota and it wasn’t until recently that he’s been asked to take it down.

“It’s a symbol of our nation. It should be flown whenever it can be,” he told Valley News Live. “I have a lot of friends and family that serve in the military.”

Andrew said about two months ago he started getting letters in the mail from the president of the Plum Tree Square condo association. The letters stated that his flag pole needed to be taken down because it was making an “excessive amount of noise in the wind at all hours.”

“You’ve got to be kidding me,” Andrew said. “With everything that’s going on in the world these days and this is what you’re going to complain about?”

According to the Federal Freedom to Display the American Flag Act of 2005, associations are not allowed to restrict homeowners from displaying the American flag. However, there are exceptions to the rule and associations can restrict owners from flying the flag if it’s reasonable or in the best interest of the association.

“It’s not coming down anytime soon,” he says. “It’s not making that much noise that it’s a liability to the association.”

Listen to Andrew tell his story in the video below…